Annuities Decoded: 5 Myths You Need Dispelled As You Plan For Retirement 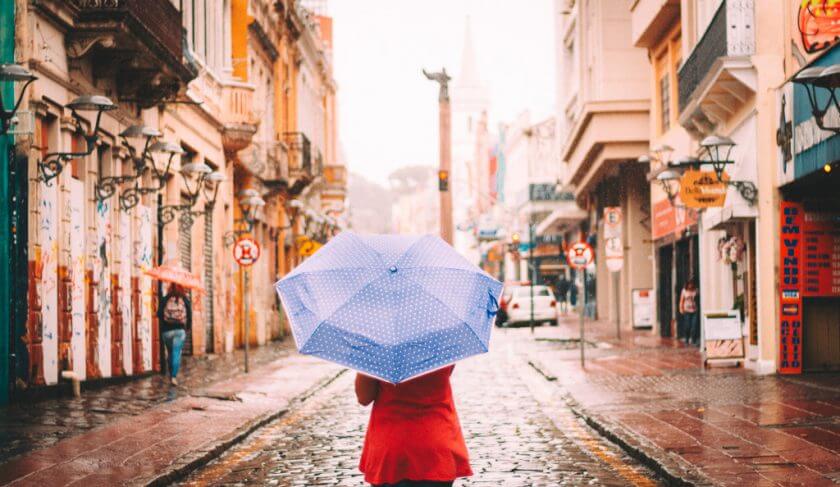 Don’t let myths prevent you from considering these vehicles as part of your retirement plan.

Saving for retirement can be a daunting prospect — no one can be certain exactly how much money they’ll need, and market risk looms larger the closer you get to leaving the workforce. Diversifying your assets by having multiple income streams is one way to ensure a successful retirement, which is why some people turn to annuities — tax-deferred investments offered by insurance companies — that can serve as a “personal pension” of sorts, offering guaranteed monthly income when you need it. But the marketplace for annuities is a complex one, which has led to more than a few myths and misunderstandings around these products. We checked in with experts to get a breakdown on fact vs. fiction — their answers might surprise you.

Myth No. 1: Annuities all have high fees

The truth: Not all fees are high, but you’ll pay more based on the amount of insurance you want.

All annuities have some fees baked in, because they are insurance contracts, explains Brian Karimzad, co-founder of MagnifyMoney. For example, if you want to ensure that you’ll have a guaranteed income for life (no matter how long you live) and that the initial amount you invest (your principal) will never decrease, those guarantees will come at a cost.

But, “if you’re worried about what may happen in the future with regard to market ups and downs, an annuity can lessen those concerns,” says John Thomas, Chief Investment Officer at Global Wealth Management. “Yes, there are fees involved, but many people think the trade-off is well worth it.”

Some variable annuities can have fees as  low as 0.50% of the value each year. Fixed annuities charge an upfront fee, often around 2% of your invested premium, Karimzad explains.

Myth No. 2: If you buy an annuity, you’re stuck with it forever, with no way to get your money back

The truth: Most annuities do allow you to withdraw some money during what’s called the “surrender period” before you make the decision to convert your account balance into an income stream.

Many people want to know that if their retirement goals change or a life emergency happens, that they can access their cash early. During the surrender period, most annuities allow you to withdraw up to 10% of your account balance (or your earnings growth, whichever is greater) free of charge. But pulling out of an annuity isn’t something you should plan on going in. “Just like 401(k)s and IRAs, annuities are really designed for money that won’t be touched until your retirement period,” he says. In all cases, you should read the fine print on your annuity — in some cases, if you surrender early (before a period of five to 10 years is up) you’ll pay a fee. Also, note that if you surrender your annuity, you’ll get whatever the current market value is of the investment when you surrender, even if that’s less than what you initially invested.

“If you’re worried about what may happen in the future with regard to market ups and downs, an annuity can lessen those concerns,” says John Thomas, Chief Investment Officer at Global Wealth Management.

If and when you buy an annuity, keep in mind that it’s a long-term investment, Thomas cautions. “Don’t put money into an annuity that you’re going to need to buy a house in a couple of years. It’s something that you shouldn’t touch until you’re 59 and a half.” That’s because if you make withdrawals before that age, you might have to pay a 10% early withdrawal penalty plus regular income tax on your investment earnings.

Myth No. 3: Annuities don’t perform well or make much money for you over the long haul

The truth: Today’s annuity companies have become quite competitive, and fixed index annuities offer reasonable rates of return considering there is no risk to your principal.

With annuities, “you may not get all the market upside, but you don’t get any of the market downside,” Thomas explains. Do the math and you may find out that, absent the down years, you don’t need to reach — or take on additional risk — to achieve overly high annual returns. This is particularly true if you’re using an annuity for a specific purpose, like covering your fixed costs in retirement.

Many of the investment options in variable annuities are very similar to those found in mutual funds, with similar return profiles,  Karimzad says. “For example, some funds offer annuity options that invest in growth stock, for aggressive investors, while others only invest in short-term bonds for more conservative investors.”

And because annuities offer a guaranteed income, they often free up investors to take bigger risks with other investments, explains David Littell, retirement income program co-director at The American College of Financial Services. “When you’ve got the promise of payments for life, you’re going to feel more comfortable being more aggressive with other parts of your portfolio,” he says. “So indirectly, annuities can lead to great returns.”

Myth No. 4: Annuities are only for retirees

The truth: While annuities are vehicles for retirement, they’re not something that you only buy in retirement — you can start to supplement your retirement plan with annuities in your 40s and 50s.

If you’re unsure when to make annuities a part of your portfolio, talk to your tax adviser, Karimzad recommends. “There can be benefits to being able to defer income from investments in an annuity. For example, you might be able to compound bond income over time without taking a tax hit each year, and this could be helpful if you’ve already reached the limits for tax-deferred accounts like 401(k)s.”

Similarly, you may find a longevity annuity — which you buy around age 60 but don’t tap for income until you’re in your 80s — helpful at the end of a lengthy retirement. This is the time when health care expenses start to escalate, but also when many people fear that they’ll start running short of money. Converting, say, 20% of your nest egg into a longevity annuity policy can be a good hedge against outliving your cash, experts explain.

Myth No. 5: You need several hundred thousand dollars to take out an annuity

The truth: You can open one for less than $25,000 – though some providers may charge a maintenance fee for smaller accounts.

“No one would suggest that you annuitize a large portion of your portfolio — it should be some percentage,” Littell says. “You can even use an annuity to pay a specific bill.” For example, if you bought long term care insurance, but you’re worried about paying those premiums through retirement, you can buy an annuity that will just cover that every month. Many people take out modest annuities to have peace of mind that certain expenses are paid.

Bottom line: Annuities should not tie all of your money down. “Rather, they should be a small piece of your portfolio that can balance out your whole financial picture,” Thomas explains.

Sandwiched Between Elderly Parents and Growing Kids? 6 Ways to Stretch Your Dollar