This Week In Your Wallet: Corrections, Crashes, Hawks and Doves 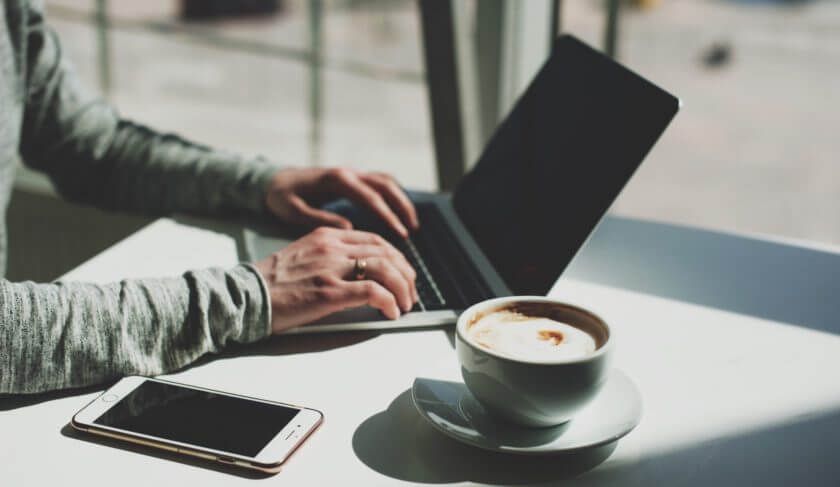 What you should do (or not do) when the markets are volatile.

Not subscribed to HerMoney’s weekly newsletters yet? This is what you’re missing! Here’s a look at what we published in our “This Week In Your Wallet” newsletter, Tuesday, January 25, 2022.  Subscribe Today!

This Week In Your Wallet: Corrections, Crashes, Hawks and Doves

Yesterday, I baked bread. And, because we were invited to have dinner with friends, this chocolate cake. Also, I worked on my upcoming AARP column. Taped a podcast. Prepped for this week’s radio show. You know what I didn’t do? Plant myself in front of CNBC to watch stocks as they were plunging. And over the next days/weeks/months, you shouldn’t either. Paying too much attention during this sort of market volatility (which is expected to continue) leads to bad decision making. The NASDAQ alone was down at one point nearly 5% yesterday. It ended the session up.

There are a few factors driving all of this. Today, the Federal Reserve starts its first two-day policy meeting of the year. Tomorrow, in written remarks then a news conference, Fed Chair Jerome Powell is expected to talk about the tools that will be used to fight inflation. He’ll likely note that interest rates will begin rising in March (the consensus is for a series of ¼ point hikes, though some people believe they will kick it off with a ½ point rise.) He’ll also talk about shrinking the Fed’s $9 trillion balance sheet.  As of right now, the Fed is continuing to support the economy by buying Treasury bonds and mortgage backed securities monthly – this has helped keep interest rates low and stocks up. They’ll stop buying and as those bonds mature, not replace them, and may also start holding shorter duration securities.  As for selling outright? Probably not. And there are other factors at play, including the conflict between Russia and Ukraine, and disappointing fourth-quarter corporate earnings as companies adjust to higher prices.

Some Wall Street strategists expect we haven’t seen the end of falling markets. Forbes reported that Michael Wilson of Morgan Stanley told clients to “hunker down for a few more months,” and David Kostin of Goldman Sachs’ forecast that the S&P could drop as much as 11% from where it ended last week.

What should you do? Make sure your asset allocation is in line with your plan – if you haven’t rebalanced for some time, you could still be holding more stocks than you think because of the overall runup in the markets. Keep putting money into your 401(k)s, 529s, HSAs and other accounts every single month. And, because you’ll likely see these terms as you’re reading the news, I thought I’d tee up a short refresher.

Correction: A 10% drop in stocks from their most recent high.  The S&P 500 has experienced 10 corrections since the start of the century.

Bear Market: A 20% drop in stocks from their most recent high.  Some tech stocks are already in bear market territory.

Make Me An Eden

In my quest to create some zen pockets in my new apartment, I’ve focused – as I know so many of you have done – on my master bath. That meant carving out a space for a soaking tub and outfitting it with the right bath pillow, a Kindle-holding tray, and adjacent stool. It may sound silly, but I spent time on this, particularly on the stool which had me flummoxed until a walk through CB2, when I found the perfect one. When I ordered, just a few weeks ago, delivery was expected in February. Then, last week I got an email informing me it would be delayed until June. Ugh.

The supply chain, it seems, is not a problem that is going away any time soon. Then again, HerMoney’s Meagan Hunt explains, it also isn’t a problem that was created overnight. She digs into how long it’s going to take to recover, ways to roll with the punches and why – for now at least – you should probably still pick up an extra jar of your favorite pasta sauce the next time you see it on the shelf.

Why Quitting (And Combat Boots) May Be Contagious

In 1954, a psychologist named Leon Festinger developed something called “social comparison theory.” Basically, it’s an explanation of why we are constantly looking at what’s going on in our own lives and weighing it against our friends, colleagues, neighbors, Joneses. Research in the years that followed showed that making these sorts of comparisons can motivate us to make changes – positive and negative – in our own lives. It’s why I bought combat boots after seeing my neighbor Jodie wearing hers last winter. (Yes, I’m living in them. If you’re tempted, sizes are limited but they’re now on sale.) And it’s at the heart of a phenomenon employers are struggling with around the country: The fact that one resignation (or a couple) often triggers a whole bunch. Four million or more people quit their jobs in August, September and October of this year, before we hit a record 4.5 million in November. Whether the numbers will continue to climb into 2022 remains to be seen, but as The New York Times’ Emma Goldberg reports, academic research has found that even “one worker’s decision to leave is especially likely to inspire others who don’t feel strongly embedded at the company.” A recent LinkedIn poll confirms the notion – nearly 60 percent of respondents said that when a colleague left, they thought about following suit.

That’s my usual default phrase when I’ve dialed into a bank, cable company, online retailer, or any other automated customer service maze looking for an actual person. Much of the time it works. Sometimes, frustratingly, it doesn’t. Sometimes it gets so bad I end up using what my family refers to as my “Comcast voice.” Trust me, no one wants that. This lifehacker story has some tricks to help you a) get to an actual person and b) get to a person with the power to actually help you. If you’re struggling with the former, try pressing 0 (I’ve done that, again, with mixed results), or saying nothing. It may take a minute or two, but then you’ll often land with a person. For the latter, try repeating your demands. Often, writer Jeff Sommer explains, if you ask for the same thing three times, you’ll be transferred up the line or offered options that weren’t on the table before. And, if all else fails, he says, choose the option that involves spending money – like upgrading your account. That may not be what you want, but it will likely land you with a person who has enough power and wherewithal to get you where you want to go.