How These Women Met Their Savings Goals 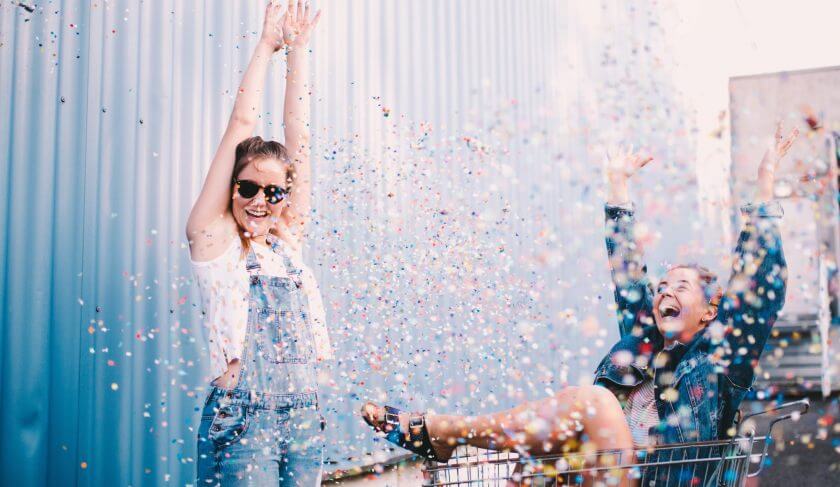 Think you’ll never be able to meet your ever-elusive savings goals? Read how these six women did it.

Let’s face it, saving money is hard. It requires discipline and determination on an ongoing basis. According to a recent survey by TIAA-CREF, only 56 percent of women express confidence that they’re saving enough for retirement, compared to 65 percent of men. But, saving money isn’t impossible. In fact, these six women successfully reached their savings goals and, together, saved almost $300,000. Here’s how they did it — plus what they learned along the way.

Her goal: Carly Fauth, who works as head of marketing at MoneyCrashers.com, wanted to save enough money so she could pay for a trip to visit family in Denmark entirely in cash without having to carry any credit card debt. She planned her trip about two years in advance, creating a detailed budget so she would have a good idea of how much she would need.

How she did it: Fauth started by reducing all monthly expenses — cell phone, Internet and cable TV and started clipping coupons. “I took a look at my smartphone data plan and found I was paying for more data than I needed, so I dropped down one plan,” she says. “I did the same thing with cable TV and Internet.”

She also cut back on personal purchases like clothing and snacks and dropped her gym membership to exercise at home. In the beginning, Fauth transferred surplus funds manually to a separate bank account for savings because the exact amount fluctuated a bit each month. “After the amount of money I saved each month became more consistent, I set up an automatic transfer from my checking account into the separate savings account,” she says. On average, she was able to save a little over $200 each month. And after saving for two years, she reached her goal of $5,000 just in time for the trip.

Lessons learned: “I learned that if you’re going to reach a savings goal, you have to put a plan in place,” Fauth says. “Devise your plan, put it into place and stick to it. Although that’s a bit oversimplified, you can most definitely reach any savings goal you want, as long as you put your mind to it and stay focused.”

Her goal: Inspired by The Suze Orman show, Melissa Burkheimer set a goal to save an extra $5,000 for her Roth IRA in 2013 so she could max it out for the first time ever.

How she did it: Burkheimer is no stranger to saving. During 2012, Burkheimer had trained herself to save 50 percent of all the revenue generated by her graphic design business: “I had a huge fear that I wouldn’t have enough money for taxes.” In order to accomplish her retirement savings goal in 2013, she set up a reminder for herself in January to transfer $250 a month from her checking account to her Roth IRA. Between January and July, she and her husband made six deposits of $250. In August, she realized the money sitting in her business savings account would earn more interest in the IRA, so she transferred $2,500 from that account. Then in the fall, she transferred another $1,000 into the IRA, maxing out her contributions for the year at $5,000.

Lessons learned: “Pay attention to your money and what’s coming in,” Burkheimer says. “You can do it; you just have to have a plan and tweak the plan based on what’s actually happening. If you’re willing to go with the flow and not put a ton of pressure on yourself, it will be easier.”

Her goal: As a single mom, Nefertari Nelson Williams wanted to buy a home for her family to feel settled and secure. In 2003, she set a goal of saving $10,000 to cover her down payment and associated costs.

How she did it:  Williams cut back on all her discretionary spending and set up an automatic transfer of $1,000 per month from her checking account to her savings account. It took almost a year, but she finally met her goal. The $10,000 Williams saved covered her down payment and closing costs, as well as some unpaid medical bills she needed to pay off in order to get mortgage approval.

Lessons learned: Williams learned that delaying gratification can bring sweet rewards. “I did not shop, eat out or purchase anything that we didn’t absolutely need during that time,” she says. “It was worth the sacrifice to own my own home.”

Her goal: When she was still a teenager, Lauren Juliff decided that after graduating from college, she wanted to spend two years traveling around the world. She set a goal of saving $24,000 to finance her trip and spent the next five years working toward it.

How she did it: Juliff started by making her travel plans her top priority. Knowing she would need to travel with just a backpack, she began minimizing her possessions to get used to living simply. She sold off CDs, DVDs, clothing, books, paintings, instruments and electronics and added the profits to her savings.

As a full-time student, Juliff worked two part-time jobs at a grocery store and a pharmacy, and she “didn’t buy anything I didn’t need,” she says. “Cutting out that $5 cup of Starbucks coffee I used to buy every day would save me an extra $2,000 over the space of a year, and making lunch at home instead of eating out would save me $2,500.” Whenever she felt tempted to buy something, she’d convert the dollar amount into “Thailand travel funds,” knowing that she could cover accommodation, food and other living expenses in Thailand for about $15 a day. “If I wanted to buy a $50 coat, I’d remind myself that not buying it would afford me an extra three days in Thailand.”

Lessons learned: Juliff learned that telling others about her goal helped her stay accountable. She started a travel blog, Never Ending Footsteps, to document the planning stages of her trip. Each month, she detailed how much she had saved, how she’d made that money and her plans for the following month. “By publicly announcing how well I was doing, and by having a base of loyal readers cheering me on and encouraging me to seek new savings opportunities, I found myself more determined than ever to reach my target.”

Her goal: After 9/11, Traci Bild says she lost her sense of security and began to feel like the economy was fragile. “I grew up under tremendous financial stress and don’t want that ever again,” she says. So she and her husband set a long-term goal to be debt-free with the exception of their mortgage, on which they owe less than one-third of the price of the house. They also wanted to save $250,000 so they could pay off their house at any time.

How she did it: It took more than 10 years, but with disciplined savings and a business that has been very successful, Bild reached her goals. To make it happen, Bild’s family live off of her husband’s salary as a pilot and use her income as a sales consultant to invest in property and to pay off all cars, the family boat and investment properties. She rarely shops and doesn’t spend money on name brands, she says. She and her husband made their last boat payment at the end of 2012, becoming debt-free except for their home mortgage, and in December 2013, they met their savings goal of $250,000 in liquid cash.

Bild sets up all savings to “come out of the bank like clockwork,” she says. “If it’s not automated, you run the risk of not sticking to your goals.” She works closely with a CPA, and over the past 15 years, “as our income grew, he kept us on a tight schedule of increasing our savings and investments to match where we were financially,” she says.

Lessons learned: Bild recommends finding “hobbies and passions that bring you joy and that don’t include shopping,” she says. “So many women love to shop, and the money goes faster than people realize. Rather than going to a mall, go for a long bike ride. Remove the temptation by avoiding those places where you tend to blow the most money.”

In addition, she recommends tracking what you are spending, if even for just a month. “Print out bank statements and take a good hard look at where all the funds are going,” Bild says. “If a woman really wants to grow her savings and take control of her financial life, she must get real about her habits and also her relationship with money. Consider her background, how much has influenced her life, etc., and try to rewrite the story and create a future by her design.”

Her goal: In 2010, Jamie Palmeroni wanted to save $3,000 to spend while traveling around Europe for a month. “Not only would I have to save to pay for the trip, I would also have to save enough money to spend while I was abroad so I wouldn’t feel like I was in a financial crunch when I returned from my fabulous getaway,” she says.

How she did it: For Palmeroni’s travel-related savings goals, the amount she saved per month varied, depending on how much time she had before her departure. “For my 2010 and 2011 trips, I had approximately a year to save for each, so I would put somewhere around $200 to $250 away per month, plus any extra money that I would come across from birthdays or holidays,” she says. For her 2013 trip, she reached her goal in approximately three months, saving about $230 per month. To reach her most recent short-term savings goal of $10,000 by April, she’s been putting away $500 to $1,000 per month.

When she was in high school and college, Palmeroni says she used to simply save whatever she had left at the end of each month. But now her strategy has changed. “Instead of only saving what’s left over at the end of the month, now I have the amount I want to put away in my savings account every month built into my monthly budget. I use an Excel spreadsheet to list out all of my monthly bills and when they are due, and I also have a line for the amount that I want to put into savings.”

Lessons learned: “My best tip is to treat your savings like it’s a bill that needs to be paid,” Palmeroni says. “If you want to save $200 per month, then write it into your budget. This way, you know what you can and cannot spend for the month.”