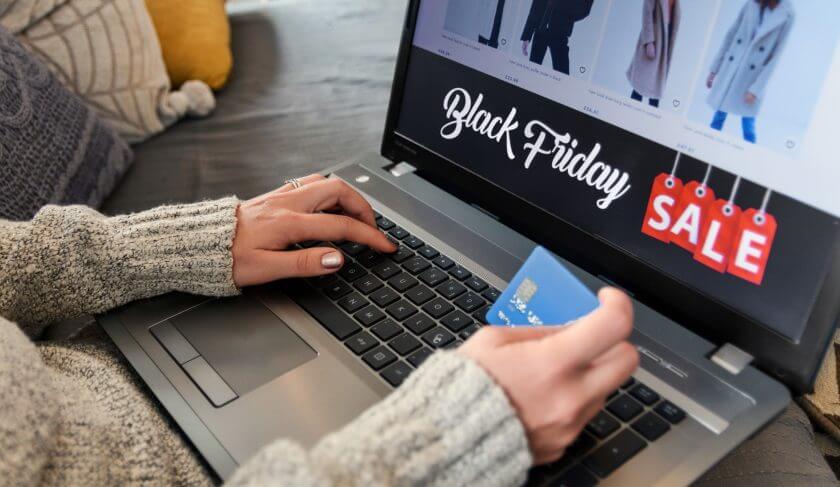 To score some of these Black Friday deals, you'll need to move right now, but for others, the deals will get better the longer you wait.

Black Fridays from the past may conjure images of highly caffeinated shoppers camping out on Thanksgiving night, looking to score great deals on flat screen TVs and toys with too many noises. But due to COVID, this year companies nationwide are launching Black Friday sales earlier than ever before, and extending them from just one crazy day to weeks, and in the case of Home Depot, more than a month. Walmart is offering deals for days, Macys kicked off their deals on Nov. 16th, and Target has been rolling out nearly a month of savings one week at a time.

Why? Shoppers are likely feeling more anxious about crowds and COVID-19’s second wave, so retailers took note, and are offering all their best deals online, along with contact-free and curbside pick up in many areas to accompany the extended shopping season. This means you’ll have much longer to consider your purchases, in much less-crowded conditions with a variety of delivery and pick-up options available on Black Friday itself …  Even Walmart says it will require shoppers to form single file lines when stores open at 5 a.m. the day after Thanksgiving.

But whether or not you have plans to enter a physical store, here’s a list of 10 companies offering some of the very best Black Friday deals, and when you should look to snag them.

Online retailer eBay might not be your first thought as a Black Friday hotspot, but you’re missing out if you don’t at least take a peek at the ad, says Michael Bonebright, a consumer analyst with DealNews.com. He says factory-refurbished products are an especially good buy at eBay, including perennially popular Dyson vacuums.

Best Buy’s sales officially began on Sunday, Nov. 22. As expected, Best Buy has a ton of electronics on offer. Check out the Insignia 50″ Fire TV for $150, which matches last year’s Black Friday’s best-ever price for a 50″ TV, says Bonebright. Best Buy’s 2020 Black Friday ad was released almost a week earlier than in past years, which means longer saving opportunities for shoppers. Throughout November, Best Buy will offer new savings events leading up to its Cyber Monday deals that begin Saturday, Nov. 28. Another notable deal includes Beats by Dr. Dre Powerbeats pro totally wireless earphones for $159.99 ($90 off).

With people spending more time than ever in their homes, ‘tis the season for sprucing up your surroundings. From deep discounts on high-end refrigerators to pre-lit trees, Home Depot was one of the first national retailers to announce in October it would extend Black Friday deals from Nov. 8 to Dec. 2 this year. The company also extended its return policy from 90 days to 180 days to make it easier for shoppers to return items when they felt it was safe to do so. Some of the best advertised deals going on right now include up to 40% off select tools and appliances, plus discounts on mattresses, rugs, chairs and other home decor.

Target has been hosting Black Friday events all November long, so they’ve been setting the tone for all the big stores, Bonebright says. On Thursday, Nov. 19, the company launched its “Black Friday Week” deals, and for the best discounts (and to ensure your item doesn’t sell out) you really should be shopping the week leading up to Black Friday, rather than on the day itself. There are top deals on clothes for the family priced from $4. And if a price drops during Black Friday week on a product you already purchased, you can request a price match to get the difference refunded. Some of the best deals in Target’s ad released on Nov. 16  include an Amazon Fire 10 for $79.99 ($70 off) and 40% off Lego building sets, a rarely discounted brand, from Nov. 22 to 28.

In early November, Walmart kicked off the first of three separate sales events, online and in stores, known as Black Friday Deals for Days. Each event begins online at Walmart.com and continues in Walmart stores. The retailer rolls out its third sale in stores on Black Friday, Nov. 27. These deals will focus on electronics, toys, apparel, seasonal decor and home goods, according to the company. Deals will first be offered at Walmart.com on Wednesday, Nov. 25 at 7 p.m. Eastern. New deals will be available at Walmart.com at 12 a.m. Eastern Time and in stores at 5 a.m. local time on Friday Nov. 27.

Amazon’s Black Friday event began the Friday before, on Nov. 20. While the company is notoriously vague about the exact items we can expect to go on sale, Bonebright says, he knows Amazon devices will be a big focus. Several offers will be familiar to anyone who shopped Prime Day — a bundle pairing a Ring doorbell with an Echo Show 5 for $150 is coming back, for example. Customers can also shop deals and popular products within Amazon’s collection of holiday gift guides, including the recently-launched Oprah’s Favorite Things list. An extended returns window is being offered this year, with most items shipped now through Dec. 31, 2020, eligible for a free return until Jan. 31, 2021 at more than 18,000 locations across the U.S., including Kohl’s stores.

While they don’t typically advertise Black Friday blowouts, Costco offers members some of its best deals the weekend after Thanksgiving. This year, they are promoting “early starts” on some items, such as a Samsung 65-inch Class 4K TV for $479.99. This is a lower price than seen on similar sets during Amazon Prime Day, according to BestBlackFriday.com. The Samsung price is good for 10 days, from Nov. 20 to 30. Other notable deals include a Fitbit Charge 4 Fitness Watch for $89.99 ($50 off) also available Nov. 20 to 30. For pet lovers who hate dander, Costco is advertising a Dyson V11 Animal+ Cordless Stick Vacuum for $399.99 ($180 off) available Nov. 27 to Nov. 30. Costco is also teasing deals on Apple products, though no details have been advertised.

Macy’s official 2020 Black Friday ad kicks off the holiday shopping season with some deals starting early on Nov. 16. All other Black Friday deals throughout the store begin Nov. 24 and last through Nov. 28. A special coupon inside the Black Friday circular will also save shoppers an extra 20% on sale and clearance items beginning Nov. 24. Some of the best advertised deals at Macy’s include a women’s CharterClub cashmere sweater for $39.99 ($100 off), a KitchenAid 5-quart artisan mixer for $229.99 ($170 off) and an Instant Pot Instant Vortex 6-quart air fryer for $59.99 ($65 off). Those shopping for wedding gifts should check out the 20% off deals on Waterford crystal and up to 75% off bedding, including sheets and quilts.

One way to help small businesses and independent sellers this Black Friday is to shop Etsy, an online shopping platform that offers a global marketplace of handmade goods and vintage treasures. It also means your purchases can be one-of-a-kind finds for your friends and family (and yourself!) without ever leaving the comfort of your living room. You can even buy cute Black Friday themed apparel like this “Catching Sales and Not Coronavirus” cloth face mask for $12 at the AandBCreationsStore.

JOIN US: How are you handling the pressures of holiday spending? Join us in the private HerMoney Facebook group and share your money saving tips — and pick up a few new ones!