This Week In Your Wallet: Which Way is Up? 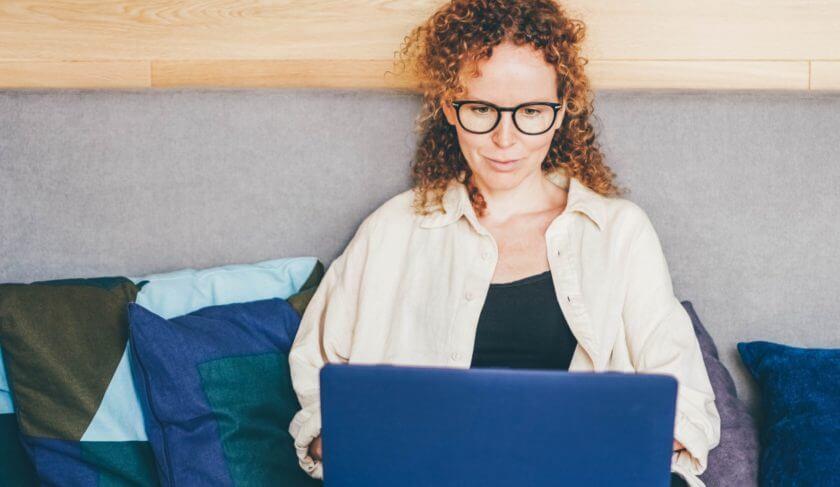 The inflation numbers you need to know (and how to avoid paying more).

Not subscribed to HerMoney’s weekly newsletters yet? This is what you’re missing! Here’s a look at what we published in our “This Week In Your Wallet” newsletter, Tuesday, February 15, 2022.  Subscribe Today!

This Week In Your Wallet: Which Way Is Up?

Last week, my husband (who says my newsletter is better when he is prominently featured) forwarded an email from the people who bought our Westchester County, NY house. Their heating bill has been running $800 a month and they wondered – had we ever seen anything like that? No! I responded, fairly horrified (I mean, the house – 3 bedrooms and 2,700-ish square feet minus the basement – is nicely sized but it’s no McMansion.) I suggested they call our HVAC servicer for an audit of the systems.

And then I dug into the week’s economic news. Inflation, which has been running above 5% for the past eight months, hit 7.5% in January, the Labor Department reported last week.

To get specific, we have seen the biggest price increases in everyday purchases — yes, including utilities:

Electricity prices are up over 4% month over month, the biggest monthly increase since 2006, and overall prices are up 11% from a year ago. And if you’re using gas to heat your home this winter you’re really feeling it – prices are up 24% over a year ago.

Food: Grocery prices rose 1% from December to January, with prices of cereal and bakery items up almost 2% month over month. Meat prices are 12% higher than they were a year ago.

Healthcare: Healthcare inflation is something we’re just starting to see because during COVID people put off going to the doctor. But prices jumped 0.6% from December to January.

Cars: New car prices are 12% higher than they were a year ago. Used car prices are 40% higher. It’s not just inflation here, but also the chip shortage that has squelched supply. Nevertheless, more than 80% of new car buyers paid over the MSRP in January, which is not just shocking, GM says it’s “unethical.” If you’re eyeing a new ride, here’s the Consumer Reports guide to the worst buys in cars right now.

So, How Can A Top Economist Say Inflation Is Headed Down?

Mark Zandi, Moody’s Chief Economist, made headlines with his Tweet that “Inflation has peaked.” He continued: “Inflation peaked in October when the Delta wave of the pandemic was doing its maximum damage to global supply chains and keeping millions of sick workers off the job.”

He was referring to the month-to-month changes, which do look to be moderating – a sign, as Reuters reports, that the “economy may be working through supply-chain and other difficulties created by the pandemic.” The Federal Reserve hikes in short-term interest rates widely expected to kick off at the March 15-16 meeting will aim at reducing inflation further and faster. Just how far rates will have to rise in order to do the job is less certain. Representing two ends of the spectrum: Bank of America’s head of global economics Ethan Harris is expecting seven increases this year (one at each of the Fed’s remaining policy meetings). Pantheon Macroeconomics chief economist Ethan Sheperdson expects some hikes, but also that the situation will improve by mid-year. At that point, he told Reuters, car prices will be “in a free fall” and the oh-so-hot housing market will calm.

Of Course, We Can Control Precisely None Of This

That’s right! So what do you do? First, recognize what inflation is doing to your budget.  If you’re looking to put a figure on how much it’s costing you, try $276 a month. In the Atlanta, Phoenix, St. Louis, Boston and Tampa areas, it’s likely even more.

Importantly, it hasn’t impacted everyone equally. If you’re a renter, for example, you’re experiencing more inflation than a homeowner because rents are rising – that component tends to disproportionately impact lower income households.  And the fact that gas prices are up a lot (they’re up 50% year over year) is disproportionately affecting middle income households who spend a bigger portion of their income on gasoline (as do Latinos).

But We Can Control Some Things

This week’s HerMoney Podcast was all about control — and how when we feel like we’re losing it (during times of market volatility, for example) we feel the need to take action. But oftentimes, it’s inaction that will yield the results we want. Simply taking a breath, a pause or a walk around the block can be the most valuable moves we make when things get rocky. Give it a listen, and try to focus on what you can control.

For example, now is the time to get really honest about your numbers. What’s coming in, what’s going out and where it’s going. That means tracking your spending, eliminating expenses that you don’t need (like subscriptions), and getting smart about how you’re using every dollar. If you’d like your hand held through this process, we can help.

Focus on food. We know that we throw out 40% of all of our food in America – just trying to stop doing that will bring your food budget back in line. So, eat your leftovers, use what you have in the pantry and the freezer, do some old fashioned meal planning and, when it comes to that very expensive meat, don’t make it the center of the plate, make it the flavoring for less expensive items. Take that pot of chili you made for the Super Bowl yesterday. Next time, up the beans, reduce the meat.

Then on utilities. Get a programmable thermostat and start reducing the temperature a couple of degrees at night. Do the same on your water heater. Watch those electricity vampires like the cable boxes that suck more energy than you’d imagine. Every time you have to replace an appliance or light bulb, make sure the replacement is more energy efficient.

Don’t try to micro-manage your investments. As the Wall Street Journal’s Jason Zweig notes, the investments that you often hear about as being a hedge against inflation don’t always do the trick. Gold is one of them, but it doesn’t always keep up with inflation (and it’s down 5% this year). Bitcoin is another – it’s considered to be immune to inflation because the quantity is limited to 21 million bitcoin – but it’s also incredibly volatile and risky. Value stocks have typically done better than growth stocks (i.e. like tech) during inflationary times. But again, not always.

So…make sure your portfolio has been rebalanced so that your mix of stocks and bonds is in sync with your tolerance for risk and years from your goals (particularly retirement). Continue to put money into your 401(k) or other retirement accounts on a regular basis so that you’re buying at all levels.

And, if you have any money on the sidelines, consider iBonds, which you buy through Treasury direct. You’re limited to $10,000 a year in purchases per person. But the interest is a combo of a fixed interest rate and an inflation rate. And right now the interest rate is 7.2%. (Just note, if you cash out before 5 years you could lose 3 months of interest.)

7 Realistic Saving Goals You Can Accomplish In 2022