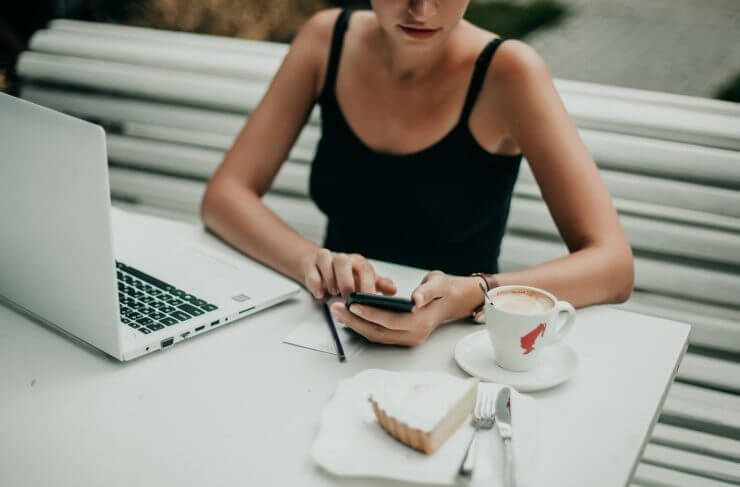 The good news is that stretching to fund a 6-month emergency cushion might be unnecessary. The bad news is that many of us don’t even have 6 weeks’ worth saved.

How big of an emergency cushion is enough? How many months do you need to have — in liquid, easy-to-access cash — in case you lose a job, become ill or injured, or have some other life event that makes it impossible to work in the short-term? The standard wisdom has long been three to six months’ worth of expenses. My rule has been three for dual income families (figuring one earner will likely stay in the workforce while the other is out) and six for one income families (where there isn’t another earner to take over). But as it turns out, both numbers may be excessive — and there is some new data from the JP Morgan Chase Institute to prove it.

Chase has 40 million account customers, of them, 6 million use their checking and/or savings accounts as their primary accounts. It’s the account their paychecks are deposited into, and from which they pay their bills, explains economist Fiona Grieg, the Institute’s Director of Consumer Research. Those 6 million accounts were the ones studied, and what came to light was that every 5.5 years, on average, these folks experienced an income dip at the same time they had an expenditure spike — in other words, something happened to force them to tap into whatever emergency funds they had on hand. “In order to weather that event, people needed six-weeks worth of take-home income, or about three paychecks worth,” Grieg says, adding that the six-week number was consistent among families of very different incomes.

Unfortunately, the research also revealed what other studies on saving have shown — 65% of families didn’t have enough in checking and savings combined to weather the storm. But thankfully, it also shed some light on what many of them could do to get there.

Income spikes and dips throughout the year

Three times each year, on average, people experience an income spike.  These tend to group around the end of each calendar year and the beginning of the next, and can be things like bonuses, extra hours for additional holiday shifts, and most often, tax refunds. Twice each year, on average, people see an income dip. These, on the flipside, could be low-selling months for salespeople, or leaner times in retail when hours aren’t available.

The key, Grieg explains, is saving more during the times when we have additional money coming in, which will allow us to hit “pause” on saving when our incomes dip. It’s an easier way to live than asking ourselves to automatically save a flat portion of our earnings all year long, she says. For now, most 401(k) and other automatic savings programs don’t work that way.  But some financial technology companies are starting to go there. Savings app Digit (free for 30 days, $5 a month thereafter), for example, has an algorithm that uses your pay and bill cycles to figure out how much you can afford to save and only moves that much into savings. It also has an overdraft protection feature as well.

Strategies You Can Put To Use Now

For now, there are a few things you can do to use those income spikes to boost your savings coffers.

First, make use of months with a third Friday. As Grieg explains, 80% of families have a job paid on a weekly or biweekly basis — often on Fridays. Four months in the calendar year have 5 Fridays instead of four (and three paychecks instead of two). Her suggestion is to put a chunk of that third paycheck into savings. “There is this mismatch between pay cycles and billing cycles, which are disproportionately monthly. [In those three-paycheck months] you still only have to make one rent payment, one utility payment. There’s going to be some buffer there.”

Second, as you’re making healthcare decisions during the current open enrollment period, try to fund your deductible in advance.  The Chase data shows a 60% increase in healthcare spending right after tax refunds arrive. Because the researchers had access to spending information and card swipes (not just income) they were able to see that people were going to the doctor and dentist because they had been waiting to do so.  That argues for funnelling some of that additional income into a savings account specifically for healthcare — like a health savings account if you’re eligible for one.

Third, and finally, think carefully about that tax refund — and whether you need the “forced” savings your withholdings inspire, or if you could handle receiving more with each paycheck and moving it into savings yourself. It doesn’t make the best financial sense to give an interest-free loan to the government by allowing it to hold onto your tax dollars for the year. But, don’t give it up if you’ve found it to be an effective savings method. What you may want to do is put some restrictions on your refund money as soon as you get it by moving half of it out of your spending account and into one where you’re less likely to touch it. And if you needed proof that this is a good idea, the Chase research shows that halfway through the year, people only have 28% of their refunds left.