The 5 Best Ways To Pay For Christmas Now, Per Viral TikTok Videos 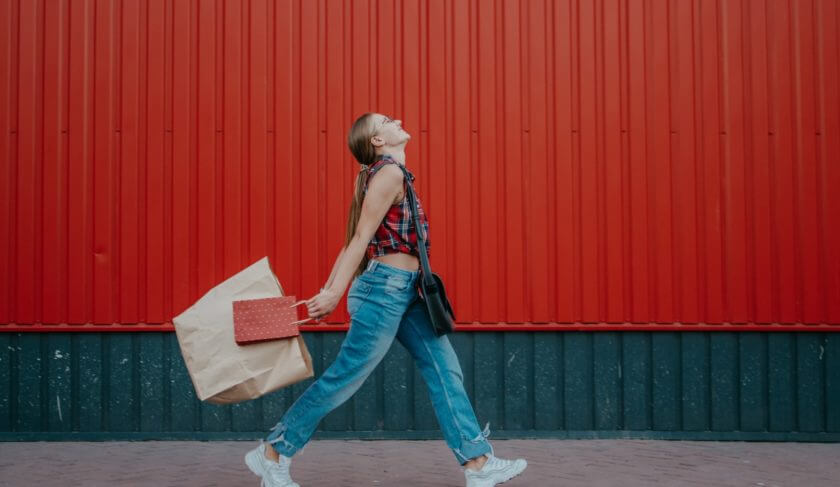 How many amazing things have you learned from Tik-Tok? Here’s how to pay for the upcoming holiday season, according to these viral experts.

Does that 9% inflation rate already have you worried about how much you’ll be spending this holiday season? Us, too. And we’re not alone. Thirty-one million U.S. shoppers say they might not buy any gifts this year, and 37% said they plan to start gift-shopping earlier for the holiday season to try and score the best deals possible between now and December.

But finding those deals on the world’s best presents is just the tip of the iceberg — we’ve also got to strategize about how we’re paying for all this cheer. Thankfully, some brilliant TikTok users have taken to the internet to share their favorite ways to save — and millions of people are watching. Here’s a list of our top 5 favorites — best of all, no one says you have to use your savings towards holiday shopping. These hacks can help build your savings account, your 401(k) balance, your emergency fund, or whatever else you need.

If you’ve ever heard of “cash stuffing,” or the tried and true “envelope method,” then you’ve got the basic gist, but consider this cash stuffing 2.0. “Budget Binders” are exactly what they sound like — binders that contain individual envelopes that you fill with cash for all types of purchases and expenses. TikTok user @camb_ introduces her light blue budget binder that she and her partner have been using to help them budget weekly.

She goes through how much total money she has from her paychecks to put in the binder for that week, then she shows off her envelope categories: Necessities such as bills, gas, groceries, and savings for holidays, travel, and their new dog. She also has an envelope for entertainment and eating out. For this Tik-Tok star, her binder helps her to remember to keep putting money towards savings. She also describes how satisfying it is to see your money organized and know exactly what it is going towards.

If you want to try this method but don’t feel like jumping into the deep end with an envelope for everything, start with just one — your  holiday spending fund. Drop as much as you can in there each week or month, and eventually you’ll build up enough money that you can sit back and relax this holiday season. If you’re looking for a budget binder, take a look at these on Amazon, Walmart, Etsy, or if you want to make your own, Clever Girl Finance walks you through a great DIY budget binder tutorial.

At the end of every month, TikTok user Jessica Kowtko (@jessyka5178) puts any cash that she had left over after paying bills into a single envelope. She started one January, and by the next January, she found she had saved $3,832. She didn’t put a fixed amount into the envelopes — only what she had left over. And of course she resisted the temptation to dip into that envelope at other points throughout the year. Yes, this method may be an exercise in patience, but Jessica would argue that it’s all worth it.

If the idea of throwing “whatever I have leftover” into an envelope seems a little, well, squishy, to you, then you can easily make this your own, with your own rules and parameters. For example, you could make sure you were putting a fixed amount in at the end of every month, or, rather than an envelope, you could just move your leftover funds into a high-yield savings account so at least that money is earning something while you wait for the end of the year. And if it’s easier for you to think about these contributions as being made every pay period rather than every month, that’s amazing, too. The point is that this money is a little gift to yourself when you do finally let yourself take a peek.

TikTok user Haley Kosik (@halkosik95) shared her savings hack that helped her put aside $816 dollars. Essentially it worked like this: Every payday, she would withdraw $20, stow it in her piggy bank and resolve not to touch it until the end of the year unless an emergency arose. She also put in any extra money she received from birthdays or holidays. Her adorable pink polka-dot piggy bank stored it all. (And I totally want one of these now.)

Kosik withdrew $20 every payday, but if you’re looking to give it a show, start by withdrawing whatever amount you’re most comfortable with. The important thing is that you’re consistent until the holidays roll around and you can then rejoice over how much you’ve saved. And, again, moving this money into a savings account works, too, but it’s the tactile cash method that the Tik-Tokers are loving most.

While working as a server at Olive Garden and a driver for Dominos, Ben Browning (@benbrowning6) saved every $5 bill he was given over the course of two months. Inside an old M&M’s jar that he had, he put every single one of these $5 bills and then took them to the bank where he discovered he’d been able to squirrel away an impressive $1,235. The comments on his video went crazy with congratulations and suggestions — some people mentioned they’d had success saving their $20s instead of $5s. European TikTok user H. Tiles (@hhtiling) had the same idea, saving his €5 bills, along with the €2, €1 coins that he received over the course of a year. In the end he had €697 in €1s, €242 in €2s, €1,240 in €5s, totaling €2,389.40.

If you work in a cash industry, this could be an incredibly lucrative way for you to save a lot, quickly. But even if you don’t work in cash, you can still save every $5 bill or even $10 bill you get as change when you spend cash. Take a look at your savings goals and your budget to figure out how you can best reach your holiday goals.

Jandra Sutton (@jandralee) posted a TikTok of her savings method that went so viral, it now has an official name: The Savings Ladder. And it’s all about the goals. The philosophy is simple: You figure out what “reward” item or experience you want to save for (a trip, a dog, new airpods, whatever it is) then you figure out exactly how much it costs. Then, you decide how much you need to have in your savings account (or your retirement account, or your investing account) before you feel comfortable splurging on that “reward.” Do you want to have twice that amount saved? Four times? Maybe even 10 times before you pull the trigger? Figure out the goal amount you’ll need to have saved before you treat yourself to your “reward.” The true goal here is that saving becomes more fun and enjoyable overall, because you’re not just saving for, say, retirement, that may be 40 years away, you’re also saving for something that’s  going to bring you joy in the here and now. (And more fun = the greater the likelihood that we’ll stick with it.)

Then, once you hit your savings goal, it’s time to buy your reward. Your reward can be as small as a special weekly coffee run or paying back your student loans (which Jandra did with this method). It’s easier to save when you keep your eyes on the prize.

Start small. What’s a small reward that you could get excited about? Perhaps a new pair of shoes you’ve been eyeing. Now, how much do you want to have saved for your financial future before you treat yourself? Two times the amount? Three times? Take a pen and paper and write it down and see how this method feels for you.

SUBSCRIBE! Own your money, own your life. Subscribe to HerMoney today to get the latest money news and tips!

How To Finance A Gap Year