Why Did My Mortgage Feel So Much More Serious Than My Marriage? 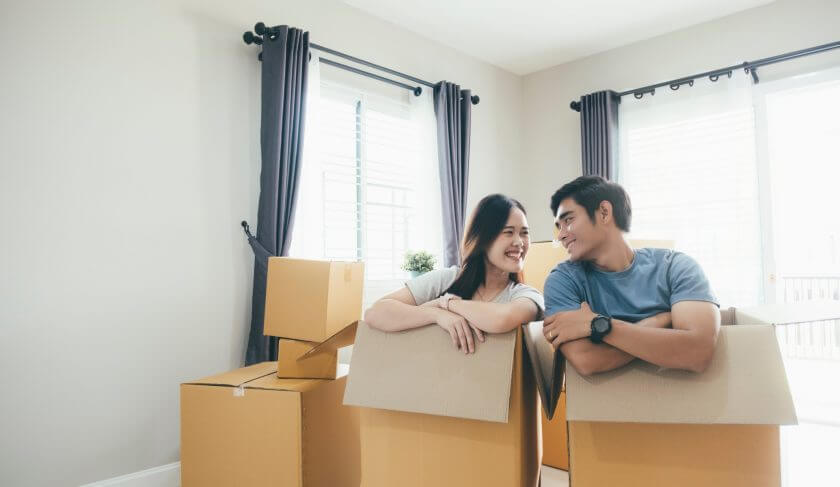 The day I closed on my first home was a special day — I’d waited and saved for years. So why was I completely losing my sh*t on the way to the closing?

At 37 years old, after much thoughtful saving and investing, I was becoming a homeowner for the first time. But on my way down Madison Avenue to the attorney’s office where my husband and I were expected to sign the closing paperwork, I was coming unhinged.

As my pulse quickened, I reminded myself that I was headed to accomplish a life goal I’d nurtured for decades, and that I should focus on the “honeymoon phase” of home-buying: the scouting of cute new things from funky flea markets and antique shops, decorating, and housewarming parties, where I’d be sure to inherit some nice bottles of wine and scented candles. But try as I might, I just couldn’t get excited about it.

Signing a 30-year, $250,000 mortgage felt so much more serious than any other commitment I’d ever made before — including my marriage. Including cutting my own bangs. Including trying gas station sushi. Was it normal to feel this concerned by big life events, rather than elated? Was this last bastion of adulthood going to be the thing that broke me? It’s only in the last few weeks (several months after the closing) that I’ve had the time and the emotional distance to sit down and ask myself these questions.

Certainly, I could just shrug it all off with the obvious answer of: “Of course spending this much money felt like a big deal! Mo money, mo problems.” That’s fair. But the reporter in me wanted to dig a little deeper. For one, I’m so close to the situation (as in, in it) that I knew I needed impartial expert advice to help me sort through these feelings.

But perhaps more to the point, I wanted to understand why I was so worried when it seemed that there was nothing for me to be worried about. I’m incredibly blessed to be in a love-filled, decade-long relationship, and I also have the luxury of being financially secure. In other words, I’ve found my ride-or-die, and we didn’t buy more house than we could afford. We did the math, and if either one of us lost our job, the other partner would still be bringing in enough every month to pay for the mortgage and groceries. Sure, we might be eating ramen every night, but we’d avoid going into foreclosure.

So, what was all this really about? Like any good journalist, I set about investigating what I’ve come to think of as my “Great Closing Freakout of 2019.” Here’s what I found.

“You probably had any number of ‘practice’ personal emotional relationships, and those probably happened bit by bit, starting when you were just a kid. So you gained experience and perspective about them along the way. By contrast, buying a home might have felt more akin to jumping in with both feet. You’d had no ‘practice’ ownership to help you gain that perspective and experience,” Gumbinger says.

Fear of a set time commitment might have also been at play, he says. No relationship comes with a fixed time commitment — divorce is difficult, but you can walk away at any time, and move on with your life. But a 30-year mortgage is just that: 30 years. “Relationships, friendships, jobs and even spouses may come and go, but the mortgage remains,” he says.  (“The Mortgage Remains” — kind of sounds like the title of a horror movie.)

Resist The American Urge To Measure Up

But even to compare feelings about mortgages and marriages in the first place is a mistake, suggests Matt Lundquist, psychotherapist and founder and clinical director at Tribeca Therapy in New York City.

“In life, we often equate the degree to which we worry or stress about something with how much we care about it relative to other things. That’s a function of a culture of stress where we relate to stress as a sort of commodity that speaks to how hard we work or how much we care about certain things.”  It doesn’t have to be that way — in a perfect world, I’d be evaluating (and learning from, and celebrating) every big life milestone and commitment on its own, rather than comparing it to ones that came before.

A Lot To Process

Buying a home is the biggest financial and emotional decision of our lives, all rolled into one, says Jill Simmons, senior director of communications at real estate listing site Zillow. It’s not just an expensive purchase, she says — you’re buying the place where your entire life happens, and that’s a lot to process emotionally.  Anytime you buy a home, you’re constantly asking yourself questions like, “I love this house, but what will happen if I lose it?” or “Is this really the best house for me?” Simmons says.

You’re also processing everything from “‘Here’s a giant lump of debt… deal with it’  to ‘Oh my God, I’ll be (some number) years old by the time I pay this place off!’” Gumbinger says. Additionally, there’s the element of committing to buy an asset with uncertain future value. Home prices are likely to rise over time, but there are no guarantees.

“Sure, you did all the research you could, and realized that everything is a compromise. Now that you’ve bit the bullet, what if you haven’t made a good choice?” Gumbinger asks. You can second-guess everything from the house itself, to the schools, the neighbors, the commute, whatever. “What if some of the items you compromised on really should have been deal-breakers?” he asks.

And Gumbinger says you can’t dismiss the fear of adulthood as something that may be lurking in the background. “For some, milestones like buying a home can make them feel suddenly ‘grown up’, as this represents a sort of permanence.” The realization that you’re now a grownup with real, adult responsibilities on your shoulders could definitely inspire anxiety.

With both my marriage and my finances in good shape, Lundquist explains that my fear of signing the mortgage wasn’t really grounded in the reality of the situation itself. “Owning a home is an example of something I would term ‘objectively scary,’” he says. “It’s a huge commitment. For most people, it’s their biggest expense, and comes with serious risks. I’d be concerned if you didn’t have a certain amount of fear.”

Lundquist says he often reassures his patients that it’s okay to feel good about a life decision while experiencing fear and worry at the same time. For example, certain life decisions, whether we like it or not, eliminate other life decisions. “There’s both an economic and an emotional opportunity cost to buying a home. It means that whatever dreams you may have harbored of, say, leaving it all behind and backpacking around the world, while not impossible, just became a lot more difficult now that you’re on the hook for those mortgage payments. While it’s important not to be overly weighed down by things like a mortgage, the opportunity cost is real,” he says.

In the weeks after the closing, my freakout faded into a mild worry, and in the months since, I’ve found I absolutely love being a homeowner. I thoroughly enjoyed unpacking and decorating, and just this week my husband and I hosted our first dinner party in our new place. Yes, there are still around 29.7 years left on my mortgage, and one day soon I might wind up with a horrible neighbor or find I need more space, but I’m not going to worry about any of that right now. Whenever the next big life milestone comes, I’m going to try my best to evaluate it (and enjoy it) on its own, and not compare it to my marriage, my mortgage, or anything else.

Because perhaps it wasn’t this milestone that prompted my anxiety at all, but rather the looming fear of the “next one” that I’ll need to start working on, now that this one is accomplished. But I’m not going to play that game. Moving forward, I’m going to do my best to channel my inner Buddhist and live more in the present. I’ll fret just enough so that I continue maxing out my retirement accounts and emergency fund, but not so worried that I let Madison Avenue panic attacks become a common occurrence.

A New Stimulus Package And What Might Be In It