Entrepreneurs On The Worst Piece of Financial Advice They Ever Received 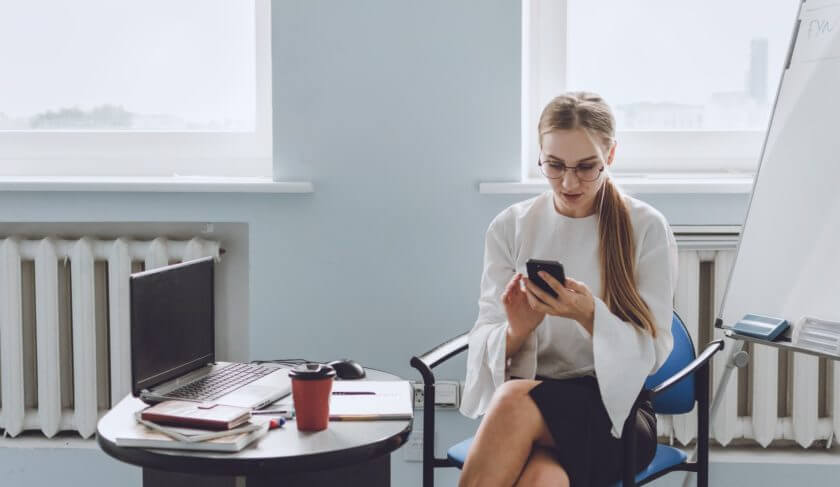 Women weigh in on some of the well-intentioned but actually horrible advice they’ve gotten — and what they learned was the truth.

In life, there’s the good stuff, the okay stuff and the no-good, terribly bad stuff. Money advice is no different. There’s plenty of it to go around, and yet, so much of it just isn’t worth following. As you’re building your career, pursuing a side hustle, or thinking about retirement, it’s always good to check your sources. Though your friends, family members and mentors may mean well, they probably aren’t exactly money gurus. In other words, don’t make any financial changes after talking to someone who isn’t a fiduciary — only a certified financial advisor should be guiding your decisions. With that said, sometimes even when that unsolicited advice we’re given is bad, we can still learn a lot from it. We spoke with five inspiring female entrepreneurs on the worst money advice they’ve ever received — and how they overcame it.

“Any home is an investment.”

When Lesley Eccles, co-founder and CEO at Relish, bought a home with her husband, they also made another huge move: they started a company together. That’s when they were faced with two options with their mortgage payments. They could only pay the interest, or pay the interest and the capital. They didn’t have an income for a year, so against her sensible inner voice, she was talked into taking an interest-only mortgage. “I rationalized it to myself by believing that it would only be for a few years at most. What we saved on mortgage payments we used to sustain our young family and us for well over a year,” she continued. “It was a risk, but without taking that risk, we would not have been able to start our business, which is now the largest sports betting company in the country.”

Did she take the advice? She did — she’s happy to be a homeowner. (But she says she would be hesitant to encourage anyone else to go about it in the same way!)

Her own best advice: “The first thing to do is ensure that you fundamentally understand what, if anything, the risks are, then ask yourself if you’re comfortable with those risks coming to fruition. Make sure that you seek advice from more than one source, and talk it through with someone you trust who has a sound financial mind and has had successful outcomes themselves,” she shares.

“Put your money into a savings account and leave it alone.”

Cate Luzio, the founder and CEO of Luminary, says the worst piece of financial advice she ever received also happened to be the best. She was told to put her money in a savings account and to leave it alone. While this forced her to focus on stowing away cash, there was a part missing: investing rather than spending it.

Did she take the advice? She did, until she realized how much money she was leaving on the table by not investing. She wishes she would have hired a financial advisor earlier. Her invested savings allowed her to self-fund and build her company, all without going into debt.

Her own best advice: “Bringing the money discussion out in the open allows others to learn from mistakes — which is a good thing – and advice to be shared. It also prepares women to be better not only at the money discussion but having it with their spouses/partners, bosses, business partners, investors and more,” she says. “Removing the stigma is a challenge, but it can be done. The more women that talk openly, the better.”

“Take a deal since you’ve been offered one.”

A few years ago, when Abby Taylor’s company, Playa Bowls, had ten stores, they were approached by a VC investor about selling the company. At the time, they were still new and had no clue what the process would entail, and as Taylor puts it, they didn’t have the proper guidance to make a decision of that magnitude. Many people said she should take the deal since her company may be a ‘fad’.

Did she take the advice? Nope. Taylor said deep down, they knew they had potential, and they wanted to expand on their own terms. Instead of taking the cash, they stayed true to their values and goals, and today, they have more than 100 locations. And they also have full ownership of the brand.

Her own best advice: “Trust your gut. If you believe in your company and know that you have something special, do not sell out. Hold on for as long as you can and build a strong team to create a growth foundation. Finding people you trust to surround yourself with is also very important. Being able to bounce ideas off of the people around you is crucial to your success. Do not be scared to ask questions if you do not understand something or get a gut feeling about something especially involving money,” she shares.

“Upgrade your lifestyle to keep yourself motivated.”

When entrepreneur Melissa Machat was building her empire, she was told to upgrade her lifestyle to keep herself motivated. By increasing her expenses, it would mean she would need to work harder to maintain her bills.

Did she take the advice? At first, she bought a fancy car and upgraded her vacations. But at the end of the year, she was staring at a zero-balance savings account. She figured she could always make more money to buy more things but then was slapped in the face when taxes were due. She didn’t have anything left — and knew something had to change. “I became obsessed with saving and wanted to learn about building wealth and working smarter, not harder,” she shared. “I learned how to make my money work for me instead of trading my time for money, and I am forever grateful I got off the rollercoaster of debt because it has completely changed my life.

Her own best advice: “It’s really easy to get caught up thinking someone has more money than they actually do because we focus on gross revenue, not profit. You need to know what you are comfortable with and follow your own intuition,” she continues. “The get-rich schemes are just that — schemes — so be careful who you are listening to, and always get multiple opinions.”

For entrepreneur Erin Busbee, it’s actually the lack of advice that really stands out —  the things that aren’t taught or shared. As she puts it, even today, gender stereotypes are prevalent, and often, women don’t receive the same financial education as men. This impacts self-confidence in building a career or asking the right questions. “For the longest time, I was scared to even talk about money because I didn’t want to appear uneducated or naïve,” she shares.

Did she take the advice? She sought out her own crash-course in entrepreneurism: “I’ve really made it a priority to learn about finances. I’ve taken several courses, hired coaches and read dozens and dozens of articles in an effort to learn more about money. By educating myself, I have a higher-level understanding of numbers and data.”

Her own best advice: Busbee suggests women explore their money mindset since we may hold deep-rooted and ill-advised beliefs that are no longer serving us. “I grew up quite poor with a single mom, one of four children. We barely had enough money to pay the bills. And, while that upbringing made me hungry to achieve, it also makes me feel uncomfortable with money. And uncomfortable with abundance,” she continues. “It’s important to clear out these old, outdated beliefs so you can continue to grow.”