Your Dream Company Lists ‘No Available Jobs’? No Problem. You Can Get Hired Anyway 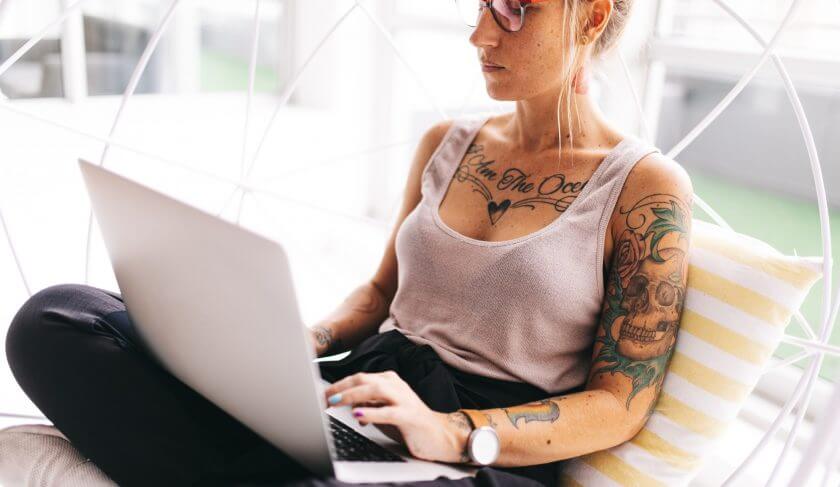 How often have you emailed “careers@company.com" and heard...crickets? Getting a response doesn’t have to feel like playing Russian roulette.

If you’ve ever been serious about landing a new position, chances are you’ve taken the initiative to reach out to companies even when they don’t have a roster of jobs available. One of the most common ways of doing this is to email a company’s dedicated inbox for hiring — which is usually something like “careers@company.com.” The problem is, all too often emails to these general hiring inboxes don’t get a response at all. Which begs the question — where the heck are our emails even going? Does a human being even get them?

Where our emails land depends entirely on the company. In some organizations, an administrative assistant may be reviewing the emails.  At others, it will be a recruiting coordinator or HR admin. Some companies may even have all the resumes from their careers inbox filter into an applicant tracking system that “may or may not spit out results,” explains Mark Anthony Dyson, career coach and founder of career advice platform Voice of Job Seekers.  “Unless a company is immediately looking to hire for a specific position, and your resume is exactly what they were looking for, they probably aren’t going to respond,” he says.

In other words, as disappointing as it may be, not getting a response back from these general inboxes is the norm. “You’re only going to hear back if they’re interested in pursuing your candidacy and speaking with you,” explains Vicki Salemi, career expert for Monster. If, for example, a company receives 200 emails in a given month, they’re not going to take the time to respond individually to all of them saying, “Thanks for contacting us. We’re reviewing your resume and will get back to you if there’s a fit” — even though that’s exactly what we wish would happen.

Does that mean you shouldn’t bother reaching out?  Absolutely not. “If ever there was a time to pitch yourself cold to a company, it’s now, due to the current state of full employment,” explains Katie Donovan, CEO of Equal Pay Negotiations (EPN), an organization that works to achieve equal pay for systematically underpaid groups. You’re just sending it to the wrong place.

“I would not recommend sending anything to the general hiring email address, since that does not go to the decision maker who is the head of whatever department you want to work in.” Instead, try calling someone. Yes — on the phone.  “Phones don’t ring like they used to in offices,” Donovan says. ‘An actual conversation or good voice message is a welcome change from an email with a resume.”

Reaching out on LinkedIn is also preferable to emailing a company cold, Dyson says. “Relationships are everything. It’s better to message someone who works at the company you’re interested in, ask to connect, and then offer to take them out for coffee.” Once the relationship is established, you can feel them out about possible opportunities, or ask to be introduced to the hiring manager.

And once you’re on social media, don’t stop at LinkedIn — Twitter can be your best friend when it comes to finding contact information for company decision-makers. “A lot of people actually put their email address in their profile or bio section,” Dyson says. “They do that because they’re also trying to network and move up in their careers, but you can use that to your advantage.”

Facing Off With The Abyss

Sometimes, despite your best detective work, you may find that a company’s general hiring inbox is the only avenue left.  Despite the horrible response rate, it doesn’t have to be a lost cause, experts say. You just have to make sure you stand out from the herd with a note that is extremely well-written, error-free and creative.

In your letter, get right to the point. Introduce yourself and launch into your value statement, Dyson explains. They don’t have a lot of time. When you talk about the impact you’ve made in other roles, remember not to rattle off a list of tasks you know how to perform — that’s not going to get you anywhere. “Impact is the money you saved and the revenue you brought in,” Donovan says.

“Say, ‘I have been able to produce XX outcome by using XX tools at other companies, and I would like to reproduce this value and outcome for your company. Who is the best person to contact next? I would love to have a few minutes of your time whenever it’s convenient for you,'” Dyson suggests. But if that’s all you say, it can come off too much like a sales pitch — which you absolutely want to avoid, Dyson says. “Pay the company a compliment and let them know you want to collaborate. You have to play the game a little bit, and it’s always smart to tell them what you admire about their product or results. Everyone likes to get acknowledgement for what they’ve done.”