Women in Construction are Using TikTok to Make Their Voices Heard 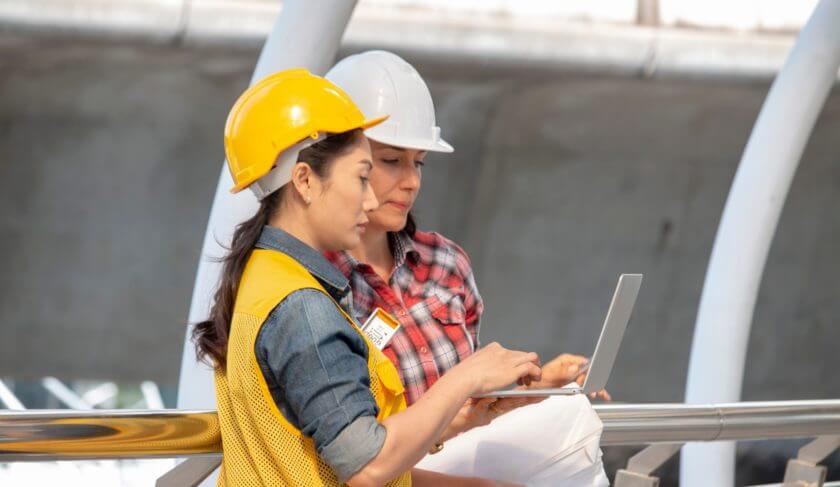 Women in construction are using social media to speak out against the gender discrimination they face in this male-dominated industry.

The next time you’re scrolling through TikTok, take a look at some of the videos tagged #womeninconstruction. You’ll quickly see it’s more than a hashtag; it’s a movement. Women are using social media platforms like TikTok to speak out against gender discrimination they face in the construction industry but also to share why – despite the hardships – they love their jobs and think more women should enter the field.

WorkWear Guru recently conducted a series of interviews with women in construction who are using TikTok to highlight their skills and bring awareness to the challenges they face in the industry.

“These women are mostly concerned about people not seeing them as good enough for the job that they do,” says Lindsey Garrett, communications officer for WorkWear Guru. “They’re always being compared to their male counterparts and being told that this job is not for you.”

Zoey Mimosa, a wind turbine rescue instructor, uses humor and sarcasm on TikTok to cope with the mansplaining she often faces from male coworkers.  Liztheflez used TikTok to share a video recording in which she tried to explain to a male coworker why she didn’t like being hit on at work and why he shouldn’t call her or any of his female coworkers “babe” (which he can’t grasp and concludes she’s upset because she’s sick).

Other videos highlight some of the sexist comments that women in construction deal with regularly, such as, “So how did a pretty girl like you end up in construction?,” “Wear more makeup,” or “You’re too pretty to get dirty.”

A 2021 report by the Institute for Women’s Policy Research found that more than four in ten women working in the construction trades have seriously considered leaving their jobs. Discrimination, harassment, and being held to a different standard than their male counterparts were cited most as the factors pushing women out.

Despite these challenges the construction industry currently employs a record number of women—more than 300,000.

Cecelia Leger, a tile installer from Nebraska, is known for her creative and funny construction videos on TikTok, where has more than 464,000 followers. Leger believes the construction industry offers a world of opportunity – professionally and personally — for women.

“One of the best advantages you get with a career in construction is the ability to design and build a space that makes you feel the most at home and the satisfaction of doing it yourself,” Leger said in an interview with WorkWear Guru.

Construction jobs tend to pay higher wages and provide better benefits to women than other jobs that do not require a university education. Furthermore, the report from the Institute for Women’s Policy Research highlights the diversity of women working in the trades, including many who are parents.

However, women account for only 4 percent of all workers in construction occupations.

“As with many other male-dominated industries, I have felt the pressure of needing to prove that I was just as knowledgeable as the men on the team,” Britney Mroczkowski, a licensed general contractor based in Florida, shared with WorkWear Guru. “There were times when I met subcontractors or other vendors on the construction site, and they were shocked to hear my title or role in the project.”

Morgan Ventos can relate. Ventos is the owner of The Home Collective, an Arizona-based one-stop shop for everything home, including design, building, and real estate services. When on the job, she’s frequently asked if The Home Collective is her father’s business, and she often endures mistreatment by subcontractors working with her on projects.

“Mostly all subcontractors are men and some of them have a very hard time taking direction from a female, especially when you stick up for yourself,” she said in an interview with WorkWear Guru. “I’ve been threatened and verbally abused.”

Ventos, who has over 60,000 followers on TikTok and more than 14,000 followers on Instagram, believes that the key to changing the industry is to have more women in leading roles in construction. “Who better to create a safe work environment for women than women?” she asks.

Construction corporations must do their part to open doors for women to enter the industry and to create an environment that encourages women to stay in the field.

Brasfield & Gorrie, one of the nation’s largest privately held construction firms, has launched a number of initiatives to recruit and retain women. The firm, which is based in Birmingham, Alabama, hosts the Operational Women’s Network, an internal support network for the company’s female operations employees. Brasfield & Gorrie also launched EQUIP, a virtual program that offers networking and development opportunities for small, minority-owned and women-owned construction firms. The company also works closely with the National Association of Women in Construction (NAWIC) to offer education, professional development, networking, and support for female employees.

Natalie Kelly, corporate responsibility director for Brasfield & Gorrie, believes that more gender diversity not only makes the construction industry more welcoming for women but is also good for business. “Great teams build great projects, and we’re all better when we work together,” she says, adding that Brasfield & Gorrie also increases opportunities for minority and women-owned companies through their supplier and trade contractor strategy. “Inclusion is essential for the industry’s growth and continued success, and we are committed to reaching our full potential as an inclusive leader in construction.”

All in all, the old adage that you can’t be what you can’t see certainly applies to the efforts to get more women in construction.

“I think that’s why social media is also important,” says Mroczkowski, who shares videos about her construction career on Instagram and TikTok. “I love following the #womeninconstruction hashtag. I get to see so many inspiring women who are making waves in this industry. It may be a small crowd, but they are passionate about what they do.”