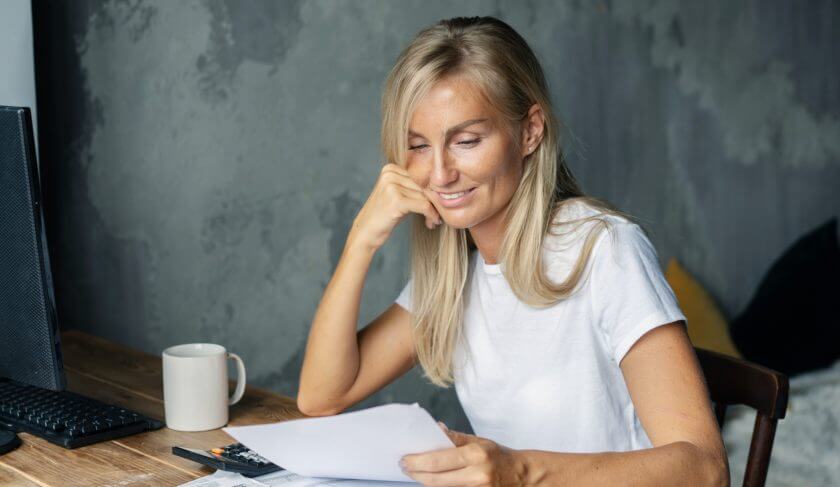 This year, so many are in need. And you don’t even have to itemize to take that extra $300 deduction. Here's how.

Not subscribed to HerMoney’s weekly newsletters yet? This is what you’re missing! Here’s a look at what we published in our “This Week In Your Wallet” newsletter, Tuesday, Dec 1, 2020.  Subscribe Today!

This Week In Your Wallet: How Can It Possibly Be December 1?

But then again, how can it possibly not?

I’ll venture to guess that when you looked at the calendar this morning, you had one of those two visceral reactions. Mine was the former, which might have had something to do with the fact that when I got up to walk the dog at 3 a.m. (he’s almost 16, we’ve tried melatonin, if you have other suggestions I’m all ears) it was about 60 degrees out. In New York. In December. As I said.

But it’s not just December 1. It’s also Giving Tuesday (more on that in a moment). And it’s the day that President-Elect Joe Biden will reveal his chosen economic team. We already know who he’s going to name, but it’s an important list as these are the folks who (if confirmed) will be charged with leading an economy on the skids out of the pandemic.

Topping the list is Janet Yellen, Biden’s pick for Treasury Secretary. For her, this appointment would be yet another first. She was also the first woman to lead the Federal Reserve. As the Wall Street Journal’s Justin Lahart noted, her confirmation should not be a difficult one.  “She wouldn’t be viewed as overtly political a choice as, say, Massachusetts Sen. Elizabeth Warren. She has experience dealing with crises, starting with her job as head of the White House Council of Economic Advisers during the 1998 Russian debt crisis. And, as the past head of the 23,000-person Federal Reserve system, she has managed a large government organization,” he wrote. She’ll be expected to quickly negotiate for an additional round of stimulus payments and could reinstate the emergency loan programs that current Treasury Secretary Steven Mnuchin has said he’ll allow to expire.

The New York Times points out that a look at the past writings and actions of Biden’s entire roster indicates a focus on putting people back to work, reducing income inequality (increasing the minimum wage is an important line item) and making strides in labor rights that are particularly pro-union. Heather Boushey, a nominee to the Council of Economic Advisors, has worked hard to shine a light on the importance of paid family and medical leave which she has said is especially crucial during the current health crisis.

We’ll know more in the coming weeks about all of the individuals Biden tees up and, of course, the confirmation process, but if you’d like to read more about the choice of Janet Yellen, Politico has a good take.

And Speaking Of Taking (And Giving)

It is, as noted, Giving Tuesday. Yes, it’s another in a week of made-up holidays that we, as a country, seem to have adopted. But this one you can’t mind so much – particularly this year when there are so many in need, and when there’s an extra $300 tax deduction on the table for anteing up. You don’t even have to itemize to take it.

That’s a good thing, because thanks to the changes in the 2017 Tax Cuts and Jobs Act, which raised the standard deduction (for 2020 it’s $12,400 for singles, $24,800 if you’re married filing jointly, and $18,600 for heads of household) about 90% of filers no longer itemize. Included in the CARES Act was this provision to inspire a little extra charitable giving – it allows you take a $300 deduction for donations made in 2020. (Otherwise, you do have to itemize if you want to write off your charitable gifts.) Donations have to be made in cash, by check or credit card, and they have to go to a qualified 501(c)(3) public charity. As the Times’ Ann Carrns writes, you can use this IRS search tool to find out if an organization qualifies.

If you’re unsure where to give, hunger is – and will continue to be – a big issue while unemployment is high and coronavirus rages. Some 50 million people, including 17 million children, will likely go hungry this year in this country. FeedingAmerica.org helps stock the nation’s food banks. Mealsonwheelsonwheelsamerica.org is focused on the hunger of America’s seniors. And nokidhungry.org is working to eradicate child hunger. Citi (thank you!) is matching up to $200,000 in gifts to the latter.

Let’s Text About It

We’ve heard it before: Women don’t talk enough about money. That’s one of the reasons we launched HerMoney and the HerMoney podcast. (If you’ve been looking to sample an episode, check out Episode 239: Why Every Woman We Know Is Exhausted And How To Make A Change.   In my conversation with Fair Play author Eve Rodsky, she notes: “You deserve permission to be unavailable. Your time is not sand. Your time is diamonds. You only get 24 hours in a day. And you get just as much time choice over how you use that time as your partner.” Can you see why I love this woman?)

But even if women aren’t talking enough about money — and there are a variety of reasons for this, research has found, from lack of confidence to a “desire to keep the peace” — we are starting to text more about it, as Veronica Dagher wrote in this weekend’s Wall Street Journal.  What’s so enticing? Dagher’s reporting notes that it’s a way to deal with tough topics with a little more nuance. Plus, texting with a group – particularly during quarantine – can give us something to look forward to. Cue: You’ve got mail!

How about free knowhow? This week, Rebecca Jones shined a light on the best TED Talks about money we should all be watching before the clock strikes 2021. Here’s to making time for them all.