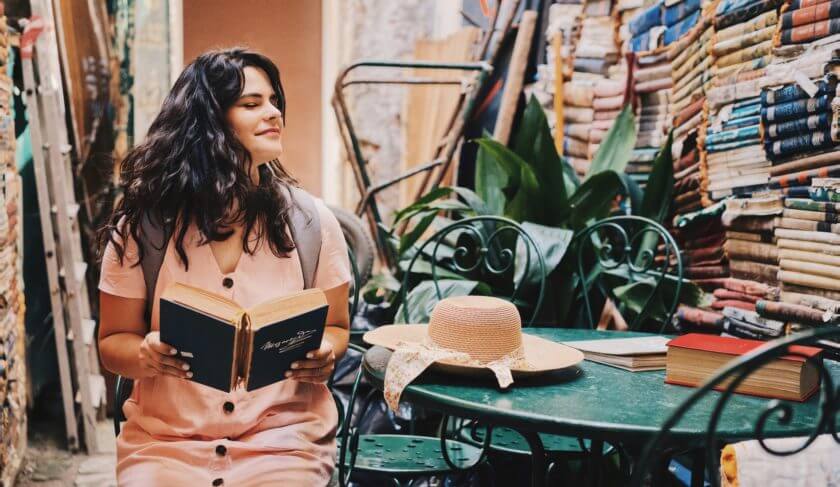 Whether your interest is fiction or nonfiction, poetry or prose, you can find inspiration from the stories of these women.

In genres including magical realism and memoir, sharing the stories of artists and revolutionaries, Latina authors explore, celebrate and pay respect to women’s lives. Through their work, these writers give not only voice to themselves and their characters, but just may empower current and future generations of women to use their own.

“These books represent the strong role models that we can relate to and have grown up with in our culture,” Castillo writes. “They perfectly illustrate our family dynamics and the struggles we face as we try to grow and succeed in a foreign country.”

Not only are such stories empowering, but their presence and popularity speaks volumes.

“Growing up, these books were not available for our people. It is encouraging to see more diversity throughout the books published today,” Castillo writes.

For example, “Jefa in Training,” a new title from Ashley K. Stoyanov Ojeda “normalizes the entrepreneur experience while also providing a support system,” according to Kalima DeSuze, owner and founder of Cafe con Libros in Brooklyn, New York.

Read on for a list of ten books, including some favorites of Castillo and DeSuze, by Latinas that empower women.

The Poet X by Elizabeth Acevedo: Acevedo, a National Poetry Slam Champion, takes readers into the world of Xiomara Batista, a poet coming of age in Harlem. The book is the winner of the National Book Award for Young People’s Literature, the Michael L. Printz Award, and the Pura Belpré Award.

The Inheritance of Orquídea Divina by Zoraida Córdova: Mysterious and magical, this novel takes readers into the lives of the Montoya family and its matriarch, Orquídea Divina.

Dominicana by Angie Cruz: Shortlisted for the 2020 Women’s Prize for Fiction, Cruz tells the story of Ana Canción. In a New York Times book review, Jennine Capó Crucet called it “an intimate portrait of the transactional nature of marriage and the economics of both womanhood and citizenship, one all too familiar to many first-generation Americans.”

What Would Frida Do? A Guide to Living Boldly by Arianna Davis: Hailed by Esquire and others, the tome explores the famed artist’s life while inspiring readers to live theirs to the fullest.

Olga Dies Dreaming by Xochitl Gonzalez: A New York Times bestseller, the novel is set in New York and in the aftermath of Hurricane Maria. In the Los Angeles Times, Bethanne Patrick called it the “sharpest and best written social comedy in a while.”

In the Dream House: A Memoir by Carmen Maria Machado: Including it in The New Yorker’s list of the best books of 2019, Katy Waldman calls the work “an act of personal and formal bravery,” adding that it “explores vulnerability but vibrates with power.”

Jefa in Training: The Business Startup Toolkit for Entrepreneurial and Creative Women by Ashley K. Stoyanov Ojeda: Ojeda shares her own experiences and provides practical tools to support and guide others growing their own businesses.

My Beloved World by Sonia Sotomayor: The first Latina Supreme Court justice recounts her journey in her 2013 memoir. Of the work, Michiko Kakutani wrote in The York Times, “It’s an eloquent and affecting testament to the triumph of brains and hard work over circumstance, of a childhood dream realized through extraordinary will and dedication.”