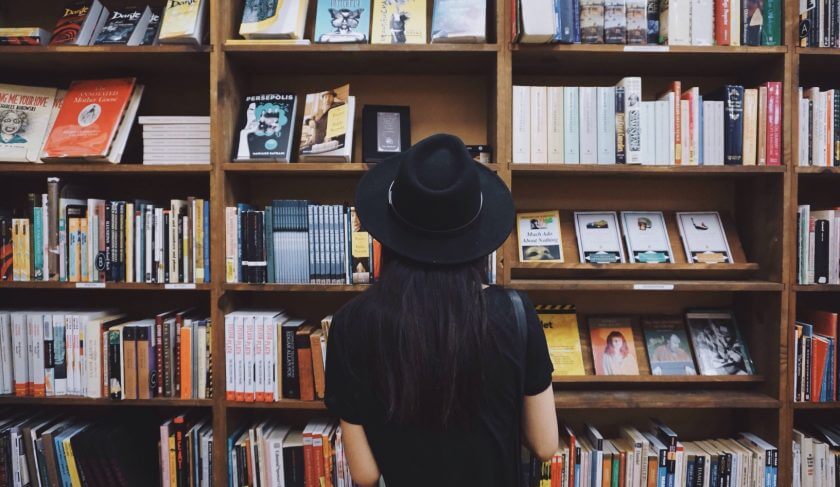 We asked the most intelligent, plugged-in, and ambitious women we know (our readers, of course) to weigh in on their favorite finance books for women.

Who doesn’t want to improve their relationship with money and — better yet — brighten their financial future? But the topic of finance can often feel overwhelming and intimidating.

Even when you know what you should do, you might lack the motivation or discipline to stick with your plan. Fortunately, there are some great books that can help you learn the lingo, master the techniques, and stay on track.

We asked the most intelligent, plugged-in, and ambitious women we know (our readers, of course) to weigh in on the best finance books for women. We also included a few of our own.

“Sacred Success: A Course in Financial Miracles” by Barbara Stanny

Written by fan favorite Barbara Stanny, this book explores the notion that success isn’t simply determined by your paycheck. Stanny touches on how to increase your net worth and build a meaningful life, how women’s relationships with money have more to do with social power structures than money itself, and how to be successful without abandoning your values.

“It goes so much deeper than just finances,” says reader Lynn Daue.

“Rich Dad, Poor Dad: What the Rich Teach Their Kids About Money That the Poor and Middle Class Do Not” by Robert T. Kiyosaki

This well-known book compares the habits of a “rich dad” (the author’s best friend’s father) and a “poor dad” (Kiyosaki’s own father). Kioyaski uses this comparison to challenge many widely held beliefs about success, debunk the myth that you must earn a high salary to be wealthy, and explain how to teach kids about money.

“I learned so much about money, (like) what I can and can’t afford,” says reader Evelyn Neary.

“Prince Charming Isn’t Coming: How Women Get Smart About Money” by Barbara Stanny

This Barbara Stanny recommendation — from reader Michelle Holmes — rings just as true now as it did when it was released in 2007. It examines the belief that marriage can serve as a de facto financial plan for women — and dismantles that idea, piece by piece.

“All Your Worth: The Ultimate Lifetime Money Plan” by Elizabeth Warren and Amelia Warren Tyagi

Written by U.S. Senator Elizabeth Warren and her daughter, Amelia Warren Tyagi, this book shows you how to get control of your finances by simplifying your mindset and dividing your spending into three categories: must-haves, wants, and savings.

“It got me out of debt, helped me realize I could strategically manage my money before I got out of debt, and (helped me) build savings,” says Michelle de Lancret.

“Your Money or Your Life: 9 Steps to Transforming Your Relationship with Money and Achieving Financial Independence” by Vicki Robin and Joe Dominguez

Recommended by reader Sam Doove, this renowned book is based on one simple, yet groundbreaking, premise: You go to work every day, effectively exchanging your time for money. Instead of focusing on money, it encourages you to focus on how many hours of work you must do in order to buy the goods and services you want. This way, you can calculate what things are really costing you.

This go-to entrepreneur’s guide helps women to hit that million-dollar mark — and keep going. Recommended by reader Peace Mitchell, this book introduces you to several women — Pimsleur included — who have successfully built their own multimillion dollar businesses. And, really, who doesn’t want to go big?

While his practices can be polarizing, Ramsey’s “The Total Money Makeover” is a worthy read that takes a hard line on the common mistakes many of us make — overusing credit, living above our means, and trying to keep up with the Joneses. One of Ramsey’s adages, “Live like no one else now so later you can live like no one else,” really puts into perspective how important it is to sacrifice now in order to live well later.

Chatzky lays out 90 straightforward wealth-building rules that help remove the stress associated with money. Follow this advice, she says, to build the wealth and financial stability you crave. Chatzky fills the book with simple rules meant to demystify personal finances, like “To spend less, carry Benjamins, not Jacksons” and “If you can’t explain it, don’t invest in it.”

“The Feminine Mistake: Are We Giving Up Too Much?” by Leslie Bennetts

While this isn’t technically a financial book, it deals with the greater paradigms at play in our society that affects the financial health of women — namely, the decision to “opt out” of the workforce to take care of children.

This book proves that it is, in fact, possible for women to have both a satisfying career and a successful home life, the former of which is absolutely integral to women’s long-term financial security.

“I Will Teach You to Be Rich” by Ramit Sethi

Sethi’s six-week class focuses on the four mainstays of personal finance: banking, saving, budgeting, and investing. It approaches the subject in a straightforward, no-nonsense style that resonates with readers. The standout point? You don’t have to be the smartest person to be rich. You just have to get started.

6 Traits To Look For In A Mentor