The Hill We Climb: Black Women and the Battle to Build Wealth 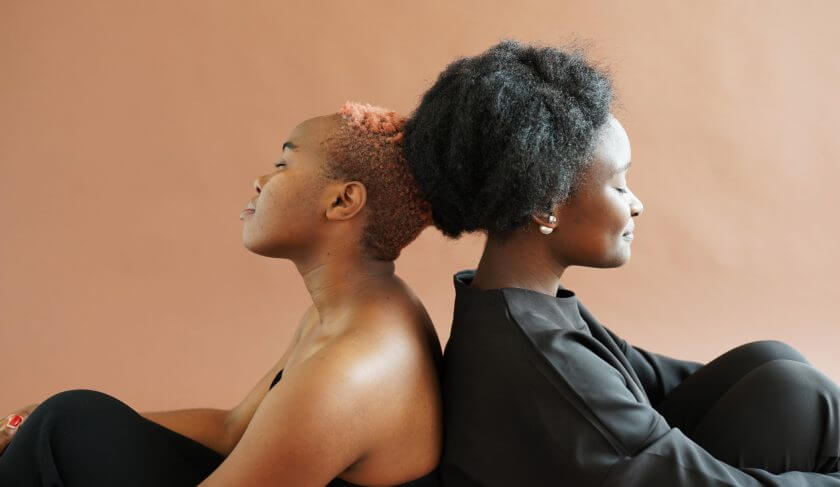 How Black women can build wealth in the face of systemic barriers and setbacks. A path forward for all Black women in 2021 and beyond.

I never thought I’d become a homeowner. Growing up my family bounced from one rental home to the next and I was convinced that to own a house you had to be rich and you had to be white. As a Black girl from a low-income household, I was neither.

But in 2015, my husband and I became first-time homeowners. Months after we’d moved in, I found myself nearly crying tears of joy every time I pulled into our garage.

Home ownership is just one of the many ways that personal finance expert Lynnette Khalfani-Cox says women can build wealth, but she knows that for most Black women no path to wealth building will be an easy one.

Khalfani-Cox spent nearly 10 years at Dow Jones & Co. Inc. working as a reporter, bureau chief, deputy managing editor and personal finance editor. And as a Wall Street Journal reporter for CNBC, she also covered business and personal finance news. She says that these years were her “financial bootcamp,” teaching her how to manage her own finances and begin to build real wealth.

“Every day I would talk to stockbrokers, traders, CEOs, certified financial planners, tax professionals and others and I was always asking them about what they were doing for their clients, what they were doing to make money, and how they were increasing people’s wealth,” she says. “But I also saw the ways the deck was stacked against me and people who look like me.”

As a Black woman, Khalfani-Cox knows that to build wealth and leave a legacy for her three children, she has to defy odds.

Black women make just 61 cents for every dollar a man earns, compared to the 82 cents per dollar wage gap for women of all races combined. In other words, a Black woman has to work until age 86 to make the same amount of money a man earns by age 60. Black women carry most of America’s student loan debt yet are paid less for earning an advanced degree.

Furthermore, the coronavirus pandemic seems to have hit Black women the hardest, too. Not only are Black people twice as likely to die from Covid-19 as white, non-Hispanic people, but Black and Latinx women are experiencing job loss at higher levels than their white counterparts, too.

Learning to Bounce Back

“Black women, in addition to all the systemic barriers we face, also encounter more life-altering setbacks at a much earlier age,” Blair says. These setbacks include chronic or serious illness, divorce, or the loss of a partner.

“Let’s face it, our men die younger and at a higher rate, so we’re much more likely to become widowed at an earlier age,” says Blair, whose article “My Husband Died At Age 34. Here Are 40 Life Lessons I Learned From It” has been viewed by more than 50 million people globally.

“Black men are also more likely to be victims of social injustice and that affects the economic outcomes of Black women, too,” she says.

For Black women looking to build wealth, the emphasis has to be on achieving financial resilience, Blair says, which she defines as the ability to bounce back financially after a life-altering setback. And this requires financial resourcefulness, too.

Understanding your money mindset is key.

“A lot of Black women grew up hearing negative money messages as a result of systemic economic oppression and the way in which, for generations, Black people have been locked out of the types of economic opportunities on a broad scale,” Blair says. “Messages like ‘money doesn’t grow on trees’ have also instilled anxiety and fear of always being broke.”

Blair offers several resources to help Black women and others get on the path to wealth building. She’s the founder of the Institute on Holistic Wealth, through which she helps clients gain financial freedom and trains others to be holistic wealth consultants, too. Blair has a podcast and she’s the author of the book Holistic Wealth: 32 Life Lessons To Help You Find Purpose, Prosperity and Happiness.

“We need to be aware of our money tendencies and motivations and put in place strategies to harness its strengths,” Blair says. She’s created a free quiz to help people do just that.

“Black women, and all women, need to know their personal financial identities for self-awareness, self-preservation and self-advocacy, in order to achieve holistic wealth,” Blair says.

In March of 2003, Khalfani-Cox and about 200 other people at her company were handed pink slips. She admits that she threw herself a bit of a pity party at first. But then she decided it was time to handle her business – literally.

“March 1, 2003 was my last day on air and I started my company the same month,” she says. Nearly 18 years later her financial education company, TheMoneyCoach.net, is still growing strong.

“I earned a six-figure income when I was a Wall Street Journal reporter working at CNBC, but I earn many times over that working for myself,” she says. “I fully understand now that business ownership is one pathway to wealth building.”

Though the pandemic has slowed the momentum, for years, Black women have created new businesses at a faster pace than other racial and ethnic groups. And this is in spite of the fact that since 2009, Black women-led startups have received just 0.06% of venture/angel funding, according to the ProjectDiane2018 study of the state of Black women founders and the U.S. startups they lead.

Khalfani-Cox encourages all Black women to explore entrepreneurship, even if only as a side hustle.

“When you are the last one hired and the first one fired, you can’t afford to let corporate America be your only source of income as a Black woman,” she says. “Some people think it’s risky to start a business, but I think, for Black women, it’s risky not to at least consider starting one.”

In addition to starting a business, Khalfani-Cox considers home ownership another path to wealth building.

“Home ownership is the main driver for wealth in this country,” she says.  If you’re a homeowner, you can tap into your home equity if you need extra money to send your kid to college or need help making ends meet after losing your job.

That said, Khalfani-Cox recognizes that home ownership can be a lot harder for Black women to come by.

“People are so quick to point fingers at individual choices and personal behavior and to suggest if you just work hard and pull yourself up by your bootstraps and if you just didn’t spend on certain things, you’d be able to have money to buy a house,” she says.

But you can’t encourage a Black woman to buy a home without also acknowledging that she’s more likely to be declined for a home loan or stuck with a higher interest rate than other borrowers with the same income and credit score, Khalfani-Cox says.

According to the Census Bureau, in the first quarter of 2020, 44 percent of black families owned their home, compared with 73.7 percent of white families.

Back to Basics to Build Wealth

Despite discouraging statistics like these, Khalfani-Cox doesn’t believe all hope is lost. She sees herself as living proof.

“I’m not special,” she says. “I’m not any smarter than the next woman. Anybody can learn and grow and attempt some of the strategies that I’ve pulled off.”

Khalfani-Cox says that her job in financial journalism taught her the importance of having a firm foundation for your personal finances. And you don’t need to be a Wall Street Journal reporter to do so.

Start with the basics, she says. Start saving, budgeting, and keeping an eye on your spending. Pay down debt as soon as you can and start investing, too.

“Everything ties together,” she says. “If you don’t have the foundation right, it’s hard to get to the next level, which is all about asset building and growing your wealth in a way that’s sustainable and about legacy building.”

Also, start sooner rather than later.

“Black women need to think about other drivers of wealth and the ways they can get started on achieving that wealth earlier and sooner,” she says.

Too often women start to think about wealth building after they start a family, get divorced, or hit a milestone age like 40.

Khalfani-Cox believes Black women should be talking to their teenage daughters about wealth-building, too.

What Klarna, Affirm And AfterPay Really Mean For Your Wallet