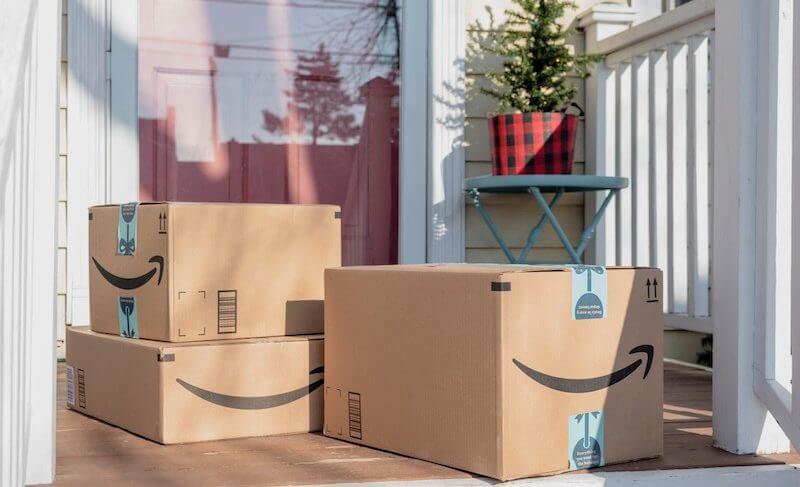 Shopping local, shopping online, and Amazon Prime-ing everything, all while watching your spending. Yes, it can be done.

Not subscribed to HerMoney’s weekly newsletters yet? This is what you’re missing! Here’s a look at what we published in our “This Week In Your Wallet” newsletter, Tuesday, Oct. 13, 2020.  Subscribe Today!

This Week In Your Wallet: Prime Numbers

My feelings about Amazon Prime Day — which numerous headlines have decreed as the start of the holiday shopping season (since it’s happening this close to the end of the year rather than in July as usual) — are admittedly mixed. Yes, after years of wired headphones getting tangled in my bag I am finally ready to make the move to airpods and this gives me an excuse to do that for a nifty discount. On the other hand, as my colleague Kathryn Tuggle and I were talking about last week (just before we spent an evening in NYC’s West Village that wrapped up with tickets to Voyeur, an immersive piece of theater about the life of artist Toulouse-Lautrec — a little weird but very fun and heartening in the same week we learned Broadway won’t be returning until next summer — gasp) this seems like the year to spend our holiday dollars supporting local businesses, particularly the small ones, as much as possible. That’s what I’ll be thinking of as I make my gift list.

Meanwhile, because I am still admittedly a sucker for a sale, I get the excitement. So, here’s the lowdown on getting good deals without getting taken. Prime Day is of course for Prime Members, as CNBC points out. It was started to drive subscriptions through the roof and has clearly worked. If you want to partake but you’re not sure a full-year’s membership is worth it, sign up for a 30-day free trial then set a calendar reminder to cancel before it’s up. Then, be particularly wary of the so-called lightning deals that only last a certain amount of time. If the item wasn’t on your list or in your budget to begin with, take a pass. Don’t forget that other retailers have amped up their games to get in on the action. Target, Walmart, Best Buy and others are starting to show their holiday cards.

Finally, if you are of the let’s-not-and-say-we-did mindset, this list we compiled of where to find the best deals at Costco isn’t seasonal. Which is a good thing, because I use that Kirkland Olive Oil all year round.

I ♡ These Financial Changes

If Prime Day seems like just another day in COVID because you’ve been spending a lot more time shopping online in 2020, you’re in good company. Almost everything about how we shop, save, spend, invest, and prioritize our finances has been impacted by the unprecedented events of this year. This week at HerMoney, we broke down six major ways in which the COVID-19 financial crisis has impacted our money habits. For starters, we’ve been prioritizing immediate financial matters, specifically getting caught up or staying current on bills. According to a recent Bankrate survey, 46% of households say this is their top priority right now, versus 38% who listed it as priority No. 1 last year. We’re also spending less. The latest data from the Bureau of Economic Analysis shows that consumer spending has dropped from 8.7% in May to just 1% in August. And, perhaps not surprisingly, we’re saving more money… The personal savings rate shot up to a record 32.2% in April. (The previous savings high was 17.3% back in May of 1975.)  It has since fallen back into the high teens, but it’s still significantly better than the 6-ish percent range where we typically hang out. And I was thrilled to see the news that we’re growing more conscious about where we shop. The pandemic has dealt a brutal blow to small businesses, and as a result, consumers have become more aware of where they spend their retail dollars. Nearly 70% of people say they’re making an effort to shop at locally owned establishments, according to a survey by the First National Bank of Omaha, with 38% saying they’ve consciously purchased from a minority-owned business.

What makes investors successful? Jason Zweig, writing in this week’s Wall Street Journal, says that knowing what not to do is by far the most important ingredient for prosperity. With interest rates close to zero across the board, many investors are wondering where they can earn more — and by more, I mean something, anything at all. As Zweig illustrates, “$100,000 in a savings account will earn, if you’re lucky, $220 in interest income in 2020. That’s $1,509 less than you would need to outpace inflation this year.” And with rates so low (the national average interest rate on savings accounts is 0.16%, according to DepositAccounts.com) it’s very tempting to take a little more risk with your money. But that would be an unwise move in this environment. There is no such thing as absolute safety in any asset yielding more than 1%. In the first nine months of 2020, utilities lost 6%, real estate 7%, financials 20% and MLPs 49%, Zweig writes, summing up all our fears and considerations during this time in language we can all understand: “When your future self looks back at the decisions you face now, which will you regret more: Earning less income than you could have but keeping your cash safe, or earning higher income that came at the cost of destroying your capital?”

What We Can Learn From Airbnb

Finally, because I’m writing this from an Airbnb in California (after 8 months of not seeing my son I said enough and got on a plane) I was inspired by this Wall Street Journal piece on how CEO Brian Chesky pulled his company through the pandemic. As you’ll read, he acted quickly, ditching initiatives that weren’t core to the business to refocus on the company’s roots. The hard choices he made — including laying off nearly 2,000 employees — worked. Recently, as business has rebounded he started hiring many of them back.

P.S. Our sister newsletter, HerMoney, just launched a referral program, where you can earn free HerMoney swag! If you don’t already subscribe, we hope you’ll sign up and start sharing the newsletter with your friends! More info here.

HerMoney Podcast Episode 237: How Women Are Going To Shape The Election