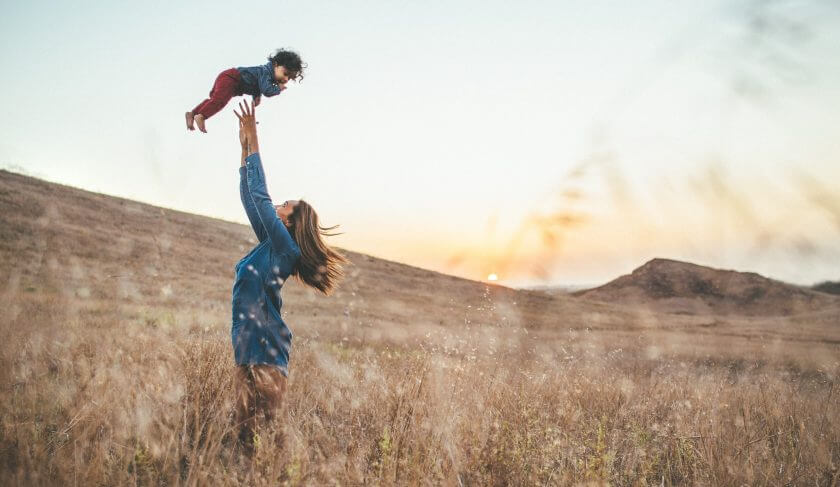 From saving for splurges to finding a career that puts joy first, here’s what these moms want their children to remember about money.

As mothers, there is no limit to the love we have for our children — or to the wisdom we hope to pass down to them.

We asked successful women to share what financial lessons they hope their little ones are soaking in:

Save so you can be responsibly spontaneous

As her daughter grows, Tracie Domino, founder and creative director of Tracie Domino Events, wants to teach her how to become a good saver. And not just for the usual reasons (having enough cash on hand to handle financial emergencies and still be able to pay her bills and save for retirement).

Domino hopes that getting into the habit of having a padded savings account allows her daughter to say “yes” when life offers a one-of-a-kind opportunity.

“If you always have extra money available and in savings, when your friend decides to get married in Italy or someone invites you to join them at the Super Bowl or the Kentucky Derby, you will be able to attend,” she says. “Spontaneous fun makes some of the best memories, and having some money set aside for this is how it happens.”

Learn to evaluate the tradeoffs

Learning the difference between wants and needs takes some people a lifetime to live by. And the list of “wants” gets longer and longer all the time (like every time a killer sale pops in our inbox). Financial planner Liz Frazier Peck, CFP, MBA, is teaching her children how to prioritize their wants and be active in the decision-making process.

Each child has a “Spend Jar” for designated splurges. Whenever a new toy piques their interest, it sparks a conversation. “[We] talk about all the alternative ways they could spend their money, and the pros and cons of buying that particular item,” she says. Ultimately it’s the child’s decision whether or not to make the purchase with their “spend” money.

“It’s so hard, and you may be screaming inside because you know this toy will break in five minutes, but making mistakes at this age is great practice for them while there are no real consequences,” she says.

Peck also suggests making it rewarding — literally — for children to save their money. For example, throw an ice cream party when they save $10, or a dollar-for-dollar match at $20 to keep them engaged. “The purpose is to get them excited about saving and make it a positive experience, so they will want to continue it and create a positive habit for the future,” she says.

As the vice president of marketing for Destination Weddings Travel Group, she has witnessed first-hand what happens when someone tries to compete with the ceremony-next-door (so to speak). Although she’s a part of the wedding industry that focuses heavily on keeping up with current trends, she hopes her children don’t ever feel pressure — financially or otherwise — to conform to anyone’s standards but their own.

At their core, finances are meant to fund the lifestyle — current and future — that each individual wants, not to paint a pretty Instagram filter for everyone else to be envious over. “If a $30,000+ wedding isn’t something you deem a priority to spend all of your money on, scale it back to make it the special day you envision,” she says.

Similarly, she wants her kids to be honest about what matters the most to them, and do that instead: “Decide how you want to spend your money so you can allocate the appropriate funds based on your preferences, not anyone else’s.”

Squeeze to save a little from the start

First jobs are rarely lucrative. Even so, Melany Robinson, the CEO and founder of Sprouthouse, wants to teach her kids to save right from the start — even if they don’t think they can afford to do so. “A little bit of pain in the moment saves you from a whole lot of pain in the future,” she says. “Even if you only put away a little each month in the beginning — like the equivalent of one less dinner out — you’ll be relieved and grateful you did down the road.”

With this careful and smart attitude toward cash flow, they’ll earn the right to splurge once in a while and enjoy it even more. “Don’t miss out on experiencing life, but be frugal when it counts and reward yourself when it is deserved,” she says.

Stand up for yourself

Chances are slim a 7-year-old will negotiate their allowance money. And a teenager probably won’t bargain for a higher hourly rate as a babysitter. But if they did? Michelle Loretta from Sage Wedding Pros would be mega-proud. As a mother, she hopes her children will know their value and ask for what they’re worth.

Whether they are asking for more zeroes on their paychecks or contemplating a new job, she wants them to remember the first offer is rarely the best offer. “Companies are always willing to make a stretch to hire the person they want,” she says. “If the company accepts your ask too easily, there’s a good chance you’ve underpriced yourself.”

Although this concept is a little over their heads right now, Loretta tries to illustrate the practice in kid-friendly ways. “I teach them to advocate for themselves in school. I urge them to talk to their teachers when they haven’t felt heard,” she says. “Learning these skills in assertion is the first step in communicating self-worth that will benefit them years later.”

Though there are plenty of important chats to be had about money matters, founder of Media Maven, Christina Nicholson is taking a step back with her children. How so? She wants them to focus on the source of the dollars: A career! And to be successful — and hopefully, financially secure — her kiddos need to pick a gig they love. Whether that is working from themselves, like their mom, or something else.

She also doesn’t want to push them into college if that’s not the path they want to take, and believes they can still achieve greatness without going the so-called traditional route. “Today, there are so many ways to learn a skill to make money. We have book stores, libraries, social media, and everything else on the internet,” she continues. “In addition, many people are willing to mentor people who are interested in their avenue of success. Instead of going to college to learn in a classroom, go to someone who is living and breathing success in their business every day.”

Meet all of your money goals in 2020: Sign up for the free HerMoney weekly newsletter packed with inspiration, advice and insights!

6 of the Most Uncomfortable Conversations About Money, Ever (And How To Have Them)