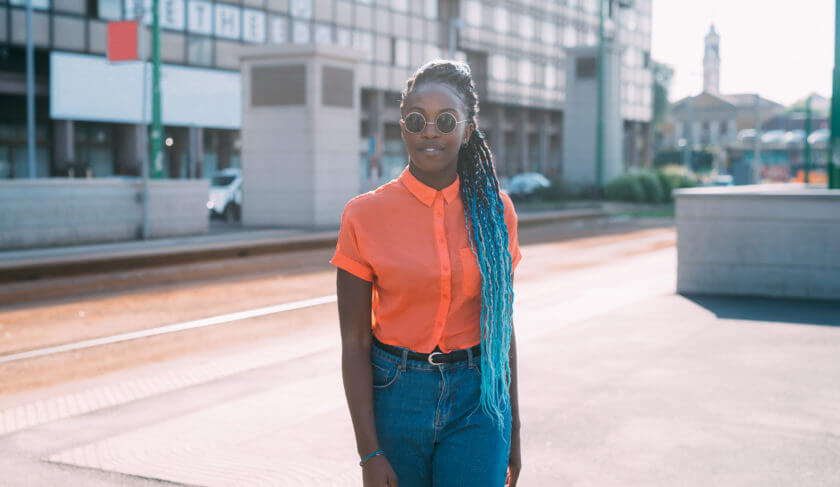 The gender wage gap is widening for Black women. Here’s why this is happening and what can be done.

September 21, 2022 is Black Women’s Equal Pay Day, which marks how far into the year Black women must work — for free— just to earn what men earned the previous year. It’s always a date we’d rather not be marking, but in 2022, it’s time to stop and take a long look at the wage inequities that Black women face. In 2021, Black Women’s Equal Pay Day was recognized on August 3, but this year it’s been pushed back by nearly two months. In other words, the wage gap for Black women is widening. And that’s unacceptable.

The pandemic hit women of color hardest. And whether dealing with job loss or the financial toll of unexpected caregiving responsibilities, over half of Black women surveyed in a 2020 study by ESSENCE reported that they were facing or anticipating a negative financial impact as a result of the pandemic. In 2020, Black women made 63 percent of what White, non-Hispanic men made — a ratio that closely resembles the gender wage gap of the 1960s. For full-time Black women workers, the median wage went down compared to the year before. Based on ACS Census data, the 2021 wage gap for Black women compared to non-Hispanic white men was 58 cents.

“It’s going to take quite a long time for Black women to recover,” says Jacqueline Twillie, founder and CEO at ZeroGap.co,  a professional development company focused on closing gender wage and leadership gaps.

To help spark more conversation about Black Women’s Equal Pay Day, ESSENCE partnered with LeanIn.org – a non-profit organization, founded by Sheryl Sandberg to help women break down barriers in the workplace – for a panel discussion titled, “Black Women Deserve Fair Pay, It’s Time to Close the Pay Gap!” You can listen in on the conversation here.

And here are some numbers worth noting: Black women make wages that are 42% less than their non-BIPOC male counterparts and 20% less than non-BIPOC women. Furthermore, this wage gap seems to start with girls as young as 16 and continues to worsen as Black women progress through their education and careers. Even though Black women enroll in college at higher rates than men, Black women who have bachelor’s degrees still earn 36% less than white men with bachelor’s degrees on average. These wage discrepancies can result in Black women losing close to $1 million over the course of a 40-year career.

From COVID’s disproportionate impact on people of color to the social unrest sparked by racially motivated police violence, 2020 made more people aware of institutional racism and sexism and ignited much-needed dialog and steps toward change.

“A lot of the awareness and conversations around pay equity and total compensation packages are really moving the needle,” says Ariel Lopez, career coach and founder and CEO at Knac, a data-driven talent evaluation platform that helps companies diversify their candidate pools.

Additionally, Lopez says that apps like Blind and Fishbowl, which allow employees to have anonymous candid conversations, can shed light on issues such as compensation and workplace culture.

The pandemic also urged many Black women to seek out better jobs. “COVID empowered workers and caused them to question if their work situation was really working for them,” Lopez says.

A 2021 survey by career company Fairygodboss and nFormation, a community for and by professional women of color, found that approximately one-third of all women of color were planning on leaving their jobs by 2022. More than anything else, the women surveyed cited feelings of burnout as their main reason for leaving.

Lopez says many companies are striving to make the organizations a place where workers want to stay. “I am starting to see a lot of companies create better wellness packages, whether it’s paying for Headspace for employees or giving them a stipend, so they can actually seek a therapist or do something that improves their mental health,” she says.

That said, the impending recession has sparked layoffs and hiring freezes and at many companies putting all job seekers – especially Black women – at a disadvantage. Furthermore, Twillie says many organizations still have inadequate family leave.

“Family leave is a critical part of reaching pay equity,” Twillie says. “If women are saddled with a burden of caretaking for either children or elder members of their families, they’re not able to engage the workplace. So we have to address that if we’re also going to address the pay inequities.”

Many Black women who are leaving their jobs are striking out to start businesses of their own, which can push progress. “When Black women start businesses, we hire other Black women,” Lopez says. While Twille is encouraged by the surge in entrepreneurship among Black women she knows this alone is not the answer. “It takes several years to get your business off the ground successfully,” Twillie says.

In the ESSENCE study on COVID’s impact on Black women, 70% of Black women business owners reported a negative impact on their businesses, with the majority citing low to no sales, supply chain disruptions, and an inability to cover expenses.

“So even though Black women are resilient and are finding ways to survive, there’s still lots more support that needs to be done in order to advance their careers and their businesses.” Twillie adds.

Be Your Own Advocate

True progress regarding pay equity requires systemic change that addresses the racism and sexism at the root of the race and gender wage gap. Nevertheless, Black women should still strive to be their own advocates, and this starts even before accepting a job offer.

Leverage your network to be sure the company you have your eye on is a good fit. “Black women should do proper vetting so that they don’t find themselves in a position where they have to exit quickly and find another job,” Twillie says, noting that a quick departure could lead to taking a new job that doesn’t pay what you deserve.

Once you are offered a job, don’t be afraid to ask for what you feel you’re worth. “Black women need to express that they do want to be paid at the top end of the rage commiserate with the experience that they bring to the position,” Twillie says.  “It is important for black women to continue to negotiate, even in the face of hearing no multiple times.”

Lopez recommends asking for at least 10 to 20 percent more than whatever your current base salary is. When asking for a higher starting salary or a raise, be armed with facts and figures to support your case. “Keep track of accolades and come with your receipts,” Lopez says. “If you brought in any key accounts, how much revenue have you helped the company make?”

Lopez says Black women should also be aware of the unique and invaluable perspective they can add to a company or organization.

“I do think right now is a good time for Black women specifically to own their power and leverage that in whatever way that they can,” she says. “The discourse around diversity and inclusion is something that is not going to go away anytime soon and that provides opportunity for Black women to empower themselves.”

Twillie and Lopez challenge both companies and individuals to move beyond performative allyship. If you want to be an ally, be willing to call out inequities and microagressions when you see them, Lopez says. “Don’t just put up the black square and say, ‘OK, BLM!’”

Inside the Mind of a Good Manager