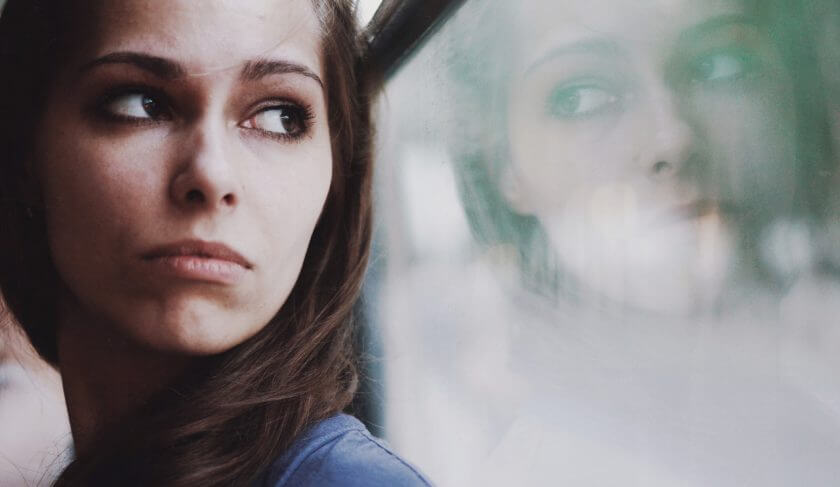 Sometimes self-criticism can give us a healthy dose of reality, but other times it can be destructive, even harmful to ourselves — and our careers.

Some days, the voices in my head have me convinced I’m the best ever. Other days, they tell me I’m the worst. Both are false, but the passion behind those sentiments sometimes feels real — especially when I’m down on myself. Don’t get me wrong, some self-criticism can be necessary at times, and it can even be a good thing, especially at work. It’s smart to contemplate how we stack up against our colleagues, and take a close look at our performance before we get blindsided by a negative review.

But giving your career a necessary critique and buying into the voice in your head that says things like, “You’re not good enough,” are two very different things. But how, exactly, does one go about speaking to themselves healthily? And how can you successfully parse which voices to trust, and which ones might be hurting you? Here’s a look at how to know when you’re being your own worst critic, and what you can do about it if you are.

“Pay attention to your inner dialogue.” says psychotherapist Amy Morin, author of “13 Things Mentally Strong Women Don’t Do.” “Are you calling yourself names? Putting yourself down? Trying to convince yourself that you can’t succeed?”

If you find you’re doing any of those things, just take note of when and why it happens. Paying attention to this rhetoric doesn’t mean judging or policing — you’re just observing. Antagonizing yourself for, well, antagonizing yourself will only reinforce a vicious cycle. To get a more complete picture of the tone and helpfulness of your inner dialogue, catalogue your thoughts on paper. This is not only cathartic, it can also help you notice patterns, and allow you to better sift through your thoughts so that you can begin challenging the ones that may be negatively impacting you.

Whenever I find my mind tossing needless, self-defeating thoughts my way, I try to stop each one at the door and put it through my own internal fact-checking machine. I ask: Where does that thought come from? What is the basis for it? This allows me to discard the thoughts that are false or aren’t rooted in reality. Unfortunately, sometimes there are a lot of them.

“Oftentimes when our self-talk is not helpful, what we’re saying to ourselves is an exaggeration. It’s not grounded in reality. It’s fears and anxieties that grow and grow,” says Dr. Karen Reivich, positive psychologist at the University of Pennsylvania and author of The Resilience Factor. When a self-critical thought arises, she recommends asking: “Is what I’m saying to myself right now helping or harming me? Whatever’s running through my mind — is that energizing or depleting me?”

Morin suggests examining each thought, and questioning whether or not you’d say it to a friend. “We’re often more critical of ourselves than we would be of other people,” she says. “So while you might be honest with your friends and call them out when they’re making mistakes, you would probably do so in a kind and compassionate manner.” Similarly, she recommends asking yourself how you’d feel if someone else said the things to you that you tell yourself. “You likely wouldn’t allow someone else to verbally abuse you, so you shouldn’t tolerate those conversations from yourself.”

There are times in life when we all need a healthy dose of self-discipline. But at those times, experts note, we would be wise to remember not to throw self-compassion right out the window. “Self-destructive self-criticism often involves putting down your character. Thinking, ‘I’m a bad person,’ rather than, ‘I made a bad choice,’ is toxic. It won’t motivate you to do better next time.” says Morin. The next time you think: I’m so [insert degrading adjective here], Reivich recommends challenging yourself and asking: “What’s the specific behavior I’m trying to hold myself accountable to, as opposed to the character assassination I just made?’”

Finally, try to remember that you are not any one singular thing that you may think, feel, or do. In other words, no single action or outcome defines who you really are. If you can hold onto that, it’s much easier to stop sweating the small stuff, and not have so many emotions surrounding one particular project or promotion at work.

When sticking with something difficult, like adjusting to a new job, it’s important to conjure positive emotions, which Reivich says help buffer us against stress. “As a species, we spend more time noticing the bad than the good,” she says. “It helps to notice the things that you’re doing well and process those things as fully as you’d process a mistake that you made.” At first, it might feel a little self-congratulatory, but give yourself those gold stars of recognition — linger longer in the euphoria of your success.

And when you do get that negative feedback (because we all know it’s coming) don’t see it as a chance to slather on extra layers of criticism. Claim it for yourself as an opportunity, rather than a threat, and ask yourself how you can use the feedback to make helpful changes in your life, Reivich says. This will keep you moving forward rather than stuck under your own self-defeating thumb.

SUBSCRIBE: Work relationships with bosses can be strange—and even terrible but you’re not alone. Join the judgment-free zone. Subscribe to HerMoney today.

I’m A Job Hopper. How Bad Do My Four Jobs In Four Years Really Look?